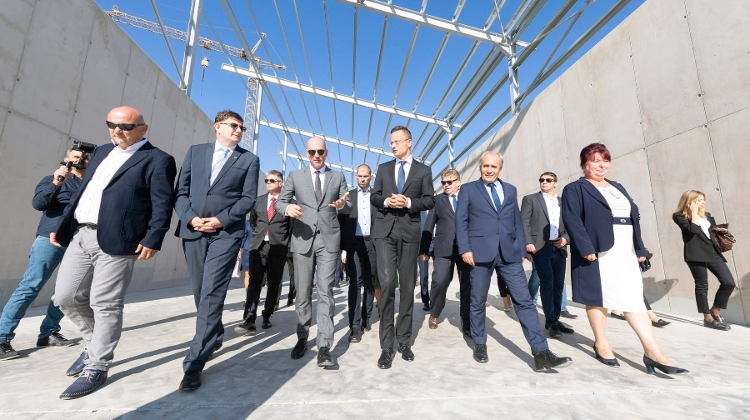 Hungary’s economy is the fastest growing in the European Union, Foreign Minister Péter Szijjártó said, at the topping out of a TBZ Táp feed plant near Böhönye, in southwest Hungary.

Claessens was awarded a 1.24 billion forint government grant for the plant which will turn out 100,000 tonnes of feed a year, a large part of which will go to the group’s own livestock, said co-owner Peter Claessens.

The plant will raise headcount at the group from 250 to 300, he added. At the inauguration, Szijjártó noted that while Hungary had been on the “brink of insolvency” in 2010, it is now a “European champion” with an annual growth of 5.1%.

Full employment is “within reach”, and the country ranks 34th on the global exports performance list, even though it is 92nd regarding population, he said. The excellent performance of Hungarian people and companies was key to that success, as was the government’s economic policy which introduced the lowest tax rates in the EU, he said.

In Somogy county, where the plant is located, the value of investments doubled in the first quarter of 2019 to 20 billion forints compared to the same period last year, he said.