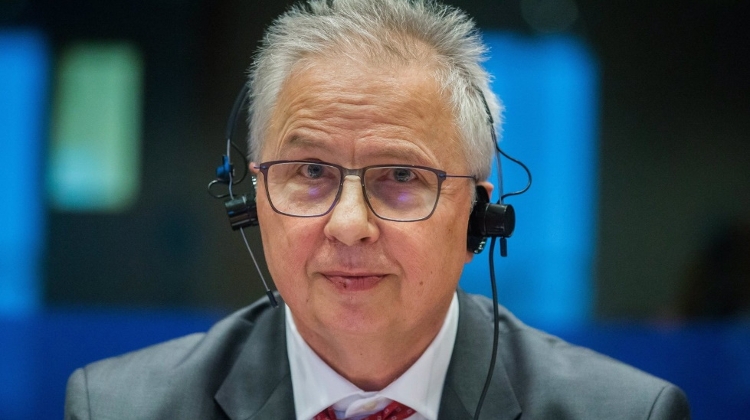 Pro-government outlets are outraged by the decision of the Legal Affairs Committee of the European Parliament to reject Mr Trócsányi’s candidacy. A left-liberal columnist dismisses the PM’s explanation of what happened.

After hearing László Trócsányi last Thursday, the Legal Affairs Committee of the European Parliament found conflicts of interest in the past of the Hungarian nominee.

The resolution was adopted with 11 votes in favour, 9 against and 2 abstentions. Incoming EC President Ursula von der Leyen asked the Committee to elaborate, thus new discussions will be held on the issue.

In his customary bi-weekly radio interview, PM Orbán said the vote was a reaction by pro-immigration forces to Mr Trócsányi’s role as Minister of Justice for the past five years in curbing mass illegal immigration.

In Népszava, György Bolgár rejects the Prime Minister’s narrative. The left-liberal pundit suggests that what the Committee found unacceptable was the fact that during his years as Cabinet Minister, Mr Trócsányi kept in touch with his law firm.

He also suspects that Committee members may blame him for the bills he submitted to Parliament which ‘make it practically impossible for asylum seekers to have their requests processed in Hungary’.

On Pesti Srácok, Szilveszter Szarvas suggests that the members of the Legal Affairs Committee acted under the influence of Hungarian opposition MEPs.

The MEPs of the Democratic Coalition submitted a four-page letter to them, accusing Trócsányi of being responsible for ‘the destruction of the rule of law’ in Hungary. He includes in his article photocopies of excerpts of that letter which, he asserts, prove that all four points on which the Committee reportedly found Mr Trócsányi at fault were suggested by the Hungarian left-wing MEPs.

In the headline to his article, Pesti Srácok defines the letter as ‘proof of high treason’ by opposition MEPs.

Magyar Nemzet carries a statement by Trócsányi’s former law firm denying that as a Cabinet Minister he gave them new contracts.

He sold his share in the firm, and the contract to represent Hungary in matters relating to the Paks II nuclear power plant date back to the time before his appointment as a Cabinet Minister. His former colleagues in the firm have occasionally given legal advice to the government but always free of charge, the statement concludes.

He suspects that the aim is to keep politicians who don’t belong to the progressive, pro-migrant camp out of the European Commission. Szánthó also finds it strange that while the Legal Affairs Committee usually only exchanges letters with the Commission on the candidates, this time it held a hearing for Mr Trócsányi but not for either the French or Belgian candidates against whom anti-corruption procedures are underway in their own countries.

(According to the Committee’s website, Mr Trócsányi will face the Foreign Affairs Committee on Tuesday 1 October, while the Belgian candidate will be heard by the Legal Affairs committee and the French candidate by the Internal Market Committee on Wednesday 2 October.)