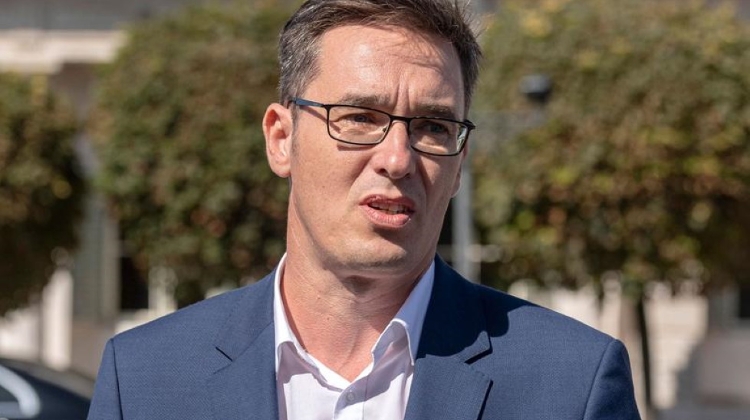 Opposition candidate Gergely Karácsony defied the polls to beat long-time incumbent István Tarlós in the race to become new mayor of Budapest, raking in more than half of the votes. In a good night for the opposition, a majority of Budapest districts were also won by opposition candidates, handing them control of the city council.

Karácsony received 50.86% of the votes, well above Tarlósʼs 44.1%. Last week, most polls predicted a victory for Tarlós, with the closest poll showing the two candidates neck and neck. Media personality Róbert Puzsér received 4.46% of the vote, while support for celebrity Krisztián Berki remained under 1%.

This means that the opposition will also control a majority on Budapest City Council, delegating 18 representatives of the total 33.

“This victory is about a green and free Budapest,” the newly elected Karácsony said Sunday night. “This victory was about how the power of the people is stronger than people in power, how love and cooperation always overcomes hatred, and how reality in the end trumps lies.”

The new mayor also promised he would elevate relations between Budapest and the government to an equal footing, adding that the opposition would not stand in the way of fair cooperation with the government.

At its election event venue in the Bálna (Whale) building beside the Danube, governing party Fidesz decided to hold its press conference inside, instead of outside as it usually does after an election. Tarlós thanked Budapest for the nine years he had spent at the helm of the city, and previously in the district of Óbuda, where he first became mayor in 1990.

Prime Minister Viktor Orbán conceded that the residents of Budapest had decided “that something else comes next” after nine years of Fidesz-KDNP leadership. “Weʼll take this into consideration and, in the interests of the country and the people who live in Budapest, are ready to work together,” he added.

The prime minister noted that 13 of 23 county seats and cities with over 50,000 residents were still in the Fidesz-KDNP column and Fidesz had won all 19 counties.

The results of the municipal elections in Hungary, and the mayoral race in Budapest, were widely reported in the international press.

The Reuters news agency described the Budapest win, as well as gains in other major cities, as the “biggest election victory in a decade” for Hungaryʼs opposition parties, but did not envisage a major impact on Fideszʼs overall control of the country.

The next general parliamentary elections are due only in 2022 and Orbán, who rose to power in 2010, holds a huge majority in Parliament, the news agency noted.

At the same time, Reuters remarked that the opposition gains “vindicated its strategy to field joint candidates, seen as the best way to challenge Fidesz.”

News wire Bloomberg highlighted the impact on the electorate of the sex and corruption scandal involving Mayor of Győr Zsolt Borkai that emerged only a few days before the elections, which it said “handed a last-minute gift to a galvanized opposition.”

Although Borkai was narrowly re-elected as Győr mayor, in a Fidesz stronghold, Bloomberg speculated that results elsewhere showed that letting him continue his campaign against the backdrop of the scandal may have tipped several close races in favor of the opposition, which it noted had attempted to portray the scandal as revealing the true face of the government.

“Major sex scandals have been rare in recent Hungarian politics but the extravagance of the boat trip wasn’t an entirely isolated case,” noted the news agency. “Many of Orbán’s relatives, advisers and allies from Parliament and business have been displaying flamboyant lifestyles, including with hunting jaunts, cruises, private jets, and flaunting luxury possessions.”

Bloomberg also commented that the results fit in with “a trend in which nationalists from Turkey to Poland are encountering headwinds in major cities, which tend to lean more liberal and be less receptive to hard-line nativist rhetoric.”