Diplomatic Academy To Open In Budapest 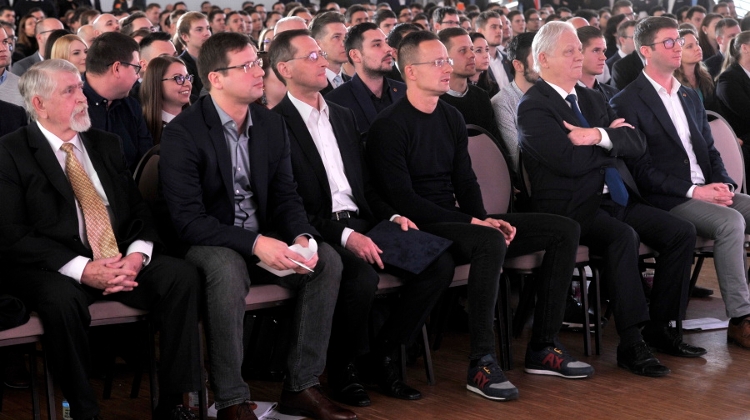 A diplomatic academy will be opened in Budapest from September next year; obtaining a degree here will be a prerequisite for working at the ministry of foreign affairs, Foreign Minister Péter Szijjártó said in Budapest.

Addressing the 16th congress of Fidelitas, the youth arm of the governing Fidesz party, the minister said the diplomatic academy and the National Public Service University would jointly offer a competitive education system to those who wish to work in the diplomatic profession and represent Hungary’s national and economic interests abroad. This is a challenging, but uplifting task, he added.

Szijjártó said that over the past five years, as the head of the foreign ministry he enjoyed the support of many young people in the efforts to renew Hungarian foreign policy.

Today those working as members of the diplomatic staff are proud of representing a more than 1,000-year-old Christian state, which repeatedly defended Christian values over the course of history, and whose members fought for a long time for the freedom of the nation.

The minister noted that Hungary has now strengthened to the extent that its economic performance is outstanding by European standards. Combining foreign policy and foreign trade has created a great competitive advantage, and the foreign ministry staff are working to help improve the performance and competitiveness of the Hungarian economy, he added.

The performance of Hungarian diplomats is measured by how many international companies have picked Hungary as the location for their investment and for how many Hungarian companies they have created a business opportunity on foreign markets, Szijjártó said.

Gergely Gulyás, head of the Prime Minister’s Office, said that Fidelitas would have a major role to play in civic government having a future in Hungary. Citing research by pollster Medián, he said that support for ruling Fidesz is the strongest, over 50%, in the age group 30-39 from among all generations. In addition, Fidesz is also in the lead in the age group 20-29.