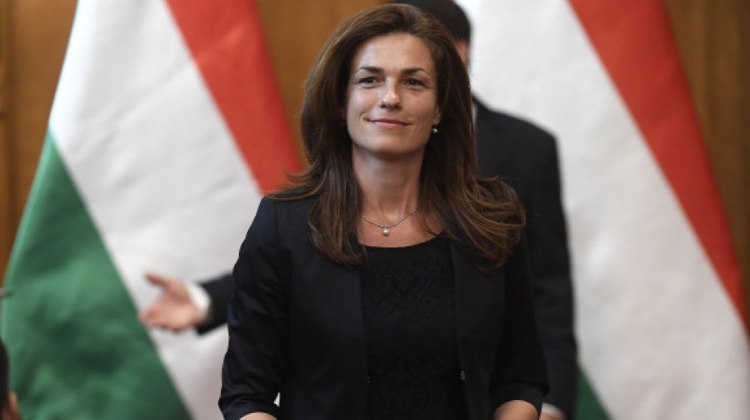 Justice Minister Judit Varga slammed the Article 7 hearing against Hungary, saying the proceedings were "being controlled from the outside" and that certain interest groups were trying to create mistrust among EU member states.

Speaking to Hungarian reporters after the second hearing on the state of the rule of law in Hungary in the European Union’s General Affairs Council, Varga said the EU had been divided up into “good and bad member states”.

“And certain forces are looking to punish the countries that say no to the European mainstream position,” she added.

Varga said it had become clear that if the EU were truly concerned about the state of the rule of law in Hungary, the proceedings could have been closed a long time ago, arguing that the Hungarian delegation had provided extensive answers to all of the commission’s questions.

She also said the number of participants at the hearing indicated that interest in the “politically-motivated” proceedings was waning.

Varga said she had recommended at the hearing that the EU should take another look at a proposal submitted by Belgium and Germany under which concerns about the state of the rule of law in another member state would be addressed through intergovernmental dialogue. All proceedings must be based on mutual respect, the minister added.