Prank Turns Into Tragedy In Hungary 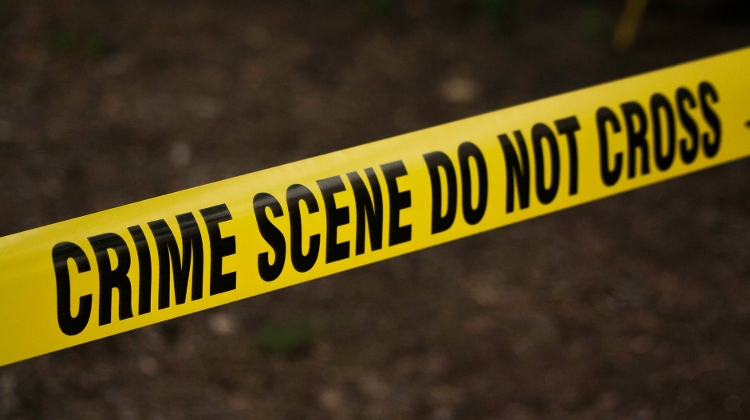 A deadly prank ended the life of 43-year-old Zsolt Göbölös last Friday. Local people can still not fathom what had happened to the most innocent man in the village.

Zsolt fell asleep on a table last Friday night on a pub’s terrace. Three other guests of the pub thought that it would be fun to tie a chair to his back and duct-tape his hands and legs together, reported Blikk.

“The bartender videotaped the whole scene and sent the videos to his friends. Half the village was laughing at poor Zsolt,” a local said.

“When a guest told them to let Zsolti go, he said they would untie him. But they forgot about it, and after closing, Zsolt fell to the ground and could not get up. In the morning, the driver of the 4 AM bus went over to him. He called an ambulance and the police, but by that time he had gone so cold they could not save his life.”

According to another article, after falling asleep at around 7 o’clock, Zsolt must have spent about 10 hours out in the cold, until having been found by the bus driver.

Zsolt, a public worker, had not been able to take care of his four children for a while, so their godmother, Ramóna Török, 27, took custody of them. When the children found out about their father’s passing, they could not stop sobbing for hours.

“I hope everyone who pulled such an evil prank on Zsolt will be behind bars for years,” said Ramóna. “They did not even bother to find me or Zsolt’s father to apologise.”

Zsolt’s father, Imre Göbölös, 68, still cannot get the last words of his son out of his head. He never thought his son would never return from grocery shopping.

“The next day, the shopkeeper told me that my son had died on the terrace of the pub, his hands and legs tied together, a chair on his back,” recalled Imre. “I did not believe him, I told him not to joke with this. Then others confirmed the story as well, but I still cannot believe it.”

Zsolt lived together with his father, while his daughter and three sons lived with their godmother.

“I do not want to believe that I will never see him again. I am still looking at the door and waiting for him to walk in. No one apologised to me, but really, I do not want his murderers to show their faces to me. I wish them the same thing they did to my son,” the heartbroken father said.

When Blikk went to the pub, the owner was behind the bar, and he did not want to comment on the situation, nor about his colleague making photos and videos instead of helping.

The police charged the three men with careless manslaughter. The mother of one of the accused stated that his son did not even touch Zsolt, only his partner testified that he did. “I recently buried my husband, and now I will die from shame.”