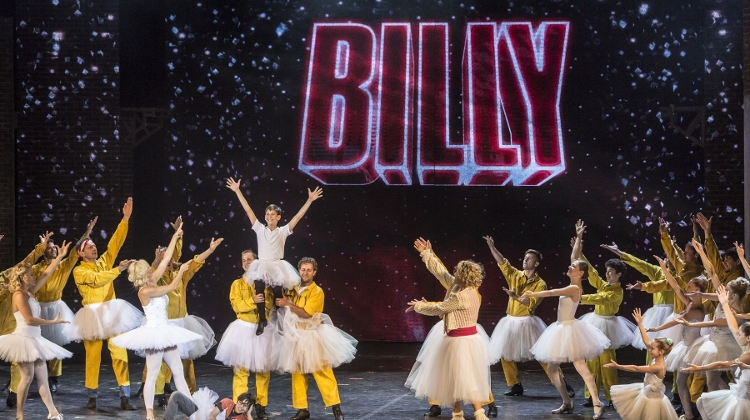 The piece is based on the three times Oscar-nominated film Billy Elliot, which tells the story of a talented boy born into a poor family who are against his wish to become a ballet dancer.

It's 1984. In England's mining towns, life is in upheaval: it is the time of the strikes. Eleven-year-old Billy Elliot lives in one of these towns.

His father and older brother have joined the picket line to fight for a better living. His mother is dead. Following in the family tradition, the boy attends boxing lessons, but this violent sport doesn't suit him much. One day he happens upon the girls at their ballet class and is smitten by the dancing.

Will a young boy's artistic talent be able to bring the family and the community together? Will Billy succeed in making his dreams come true?

This musical adaptation which has delighted audiences around the world is a collaboration between Sir Elton John and the winning team behind the original 2000 feature film.

They are presenting it in a non-replica production directed by Tamás Szirtes, and with choreography by Ákos Tihanyi and believe that music and dance are for everyone, and that includes ballet.

The children soloists featured in the Opera’s production have been trained and prepared in partnership with the Madách Dance School and the Hungarian Dance Academy.

“Everything went right with this production. It is quite rare to see a musical that has been thought through in every respect. It worked the audience up into a fever pitch too. The entire ensemble, and most especially the child performers, were rewarded with enthusiastic and long-lasting applause and a standing ovation. It is worth seeing!” (Ira Werbowsky, Der neue Merker)

Musical in Hungarian with English subtitles.