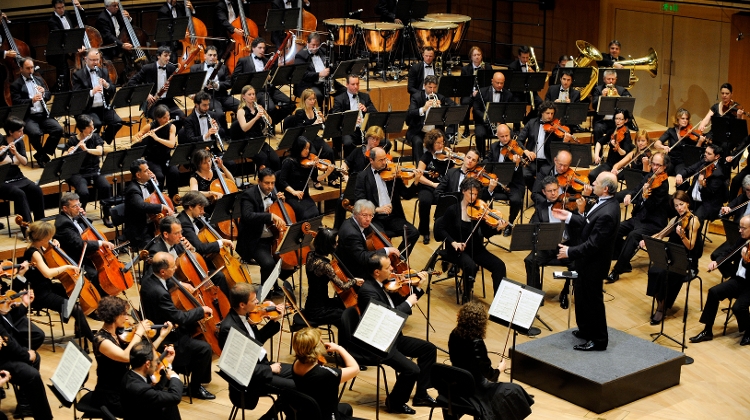 “The Budapest Festival Orchestra is working hard to become the orchestra of the future”, says BFO music director Iván Fischer, who has put together a colourful programme for the 2019-2020 season.

Take a look at our full programme booklet here.

A new opera and a concert featuring father and daughter

One of the biggest sensations of the 2019-2020 season is Iván Fischer’s new staging of Monteverdi’s opera L'Orfeo; Hungarian audiences will be given the opportunity to see it first, with the premiere taking place in September, at the Bridging Europe festival co-organised with Müpa Budapest.

What makes the production especially unique is that Fischer will be involved not just as conductor and director, but also as a composer, reconstructing the ending of the opera himself.

Starring Emőke Baráth and Contaldo Valerio in leading roles, the performance will feature dancers collaborating with one of the most recognised experts of Baroque gestures, the choreographer Sigrid T’Hooft. The opera will then go on tour, visiting Vicenza and Geneva.

The Bridging Europe festival, showcasing the most exciting colours of Italian culture, will also include a special performance, with Iván Fischer taking the stage together with his daughter, the singer Nora Fischer, for a performance of Luciano Berio’s songs.

The festival’s line-up will, as usual, feature fresh sounds: the extraordinarily creative cellist Giovanni Sollima will treat Hungarian audiences to a performance of his own piece, led by Israeli conductor Ilan Volkov, one of the most respected ambassadors of contemporary music.

Once again this season, the Festival Orchestra is also bringing the most exciting soloists from the international world of music to Budapest. The grand mistress of the piano, the refined and tasteful Elisabeth Leonskaja, will play Beethoven; and the young South Korean Yeol Eum Son, whom critics have called “marvellous, intense and boundlessly virtuosic,” will perform Rachmaninoff’s Piano Concerto no. 2.

Violin aficionados will also be spoilt: Claudio Abbado’s former concertmaster, Renaud Capuçon, will treat audiences to a performance of one of the most well-known and most difficult violin solos in the world: Tchaikovsky’s Violin Concerto in D major.

The widely acclaimed and charming Vilde Frang will perform Brahms’ Double Concerto in A minor with the cellist Truls Mørk. For the first time, the orchestra will perform with the almost provocatively original Patricia Kopatchinskaja, who has taken the violin world by storm.

Audiences will also have the opportunity to see the thirty-year-old Benjamin Beilman in concert, who despite his young age is at home across a wide variety of styles. The BFO will perform with Miklós Perényi, two-time winner of the Kossuth-Prize, playing György Ligeti’s Cello Concerto.

The cimbalom (large Hungarian dulcimer) solo in Péter Eötvös’s piece entitled da capo was inspired by one of the most-employed cimbalom players in the world, Miklós Lukács, who will once again perform it himself with the BFO this evening.

Sharing magic from all over the world

One of the most skilled conductors of German music, Marek Janowski, will also be on stage, as will the wizard of Russian music, Dmitri Kitayenko. The younger generation will be represented by the incredibly successful Israeli conductor Lahav Shani, and two real masters of Baroque music will also enrich the concert experiences: Jordi Savall and Jonathan Cohen. Gábor Takács-Nagy will be back again, kept young by Haydn and Mozart.

The marathon organised jointly by Müpa Budapest and the BFO will this year shine the spotlight on the music of Beethoven, commemorating the 250th anniversary of the birth of the composer. And, once again, this Christmas, the audience will get to decide what the Festival Orchestra should perform. Our free nationwide concert series, the Community Week, will continue with concerts in churches and synagogues, and chamber music performances for children and the elderly.

For the first time since 1998, the BFO will perform in the Hollywood Bowl. They will play at the Lincoln Center in New York twice this season, and will also return to the Elbphilharmonie in Hamburg and the Barbican in London.

They will be on tour again with András Schiff, and will also return to one of Belgium’s most renowned classical music event series, the Klarafestival. The Vicenza Opera Festival, founded in 2018 by Iván Fischer, continues: in addition to opera performances, the orchestra will also be giving community chamber music concerts.

The finale: Dancing on the Square returns again with the “music of freedom”!

Wrapping up this season’s programmes in Hungary, the Festival Orchestra will once again hold its traditional outdoor concert, free of charge. The Dancing on the Square project – for the fifth time – will feature hundreds of underprivileged children dancing together to the live music of the orchestra.

On the programme will be Beethoven’s Symphony No. 7, of which conductor Iván Fischer has said, “Wagner described Beethoven's Symphony No. 7 as ‘the apotheosis of dance’”. In its day, the piece was considered the music of freedom especially because of the continuously encouraging pulsations of its final movement. It makes me happy that this is the piece the children will be dancing to this year!” Place and time of the Dancing on the Square performance: 16 June 2019, in the square outside Saint Stephen’s Basilica.