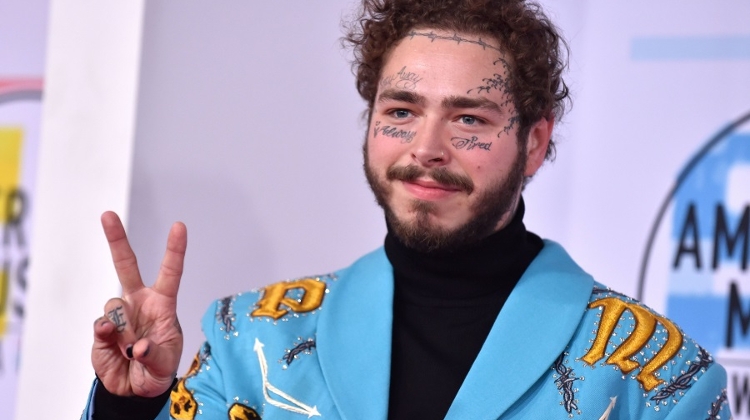 Post Malone joins previously announced Ed Sheeran, Florence + The Machine, Foo Fighters, Twenty One Pilots, The 1975 and Martin Garrix as part of the huge line-up of global names on the headline bill.

New additions announced today include some of the most established and up-and-coming artists in the world, including the likes of genre-bending Jazz fusionist Masego, teenage indie-soul breakthrough Yellow Days, Arabic and African-influenced French popstar Jain, singer-songwriter and multi-instrumentalist Xavier Rudd and political reggae revivalists Protoje & The Indiggnation.

23-year old Post Malone is one of the most recognisable and successful artists in rap history.

His 2016 album Stoney broke Michael Jackson's 34-year-old record for most weeks on Billboard's Top R&B and Hip-Hop Albums with Thriller, and his unique musical style that blends country, grunge, hip-hop and R&B earned him four Grammy nominations in 2019.

See a new vid from him here (explicit lyrics):

Hot off the back of his latest hit album, Grammy-nominated singer, multi-instrumentalist and producer extraordinaire James Blake also joins the lineup.

With two albums planned for this year, early-noughties post-punk figureheads Franz Ferdinand are set to grace the Hungarian stage for the first time since 2013, while evocative British synth-pop powerhouse Years & Years promise to get the whole crowd dancing.

Over the years Sziget has played host to some of the most prestigious names in music, including the likes of David Bowie, Oasis, The Stone Roses, Iggy Pop, Radiohead, Arctic Monkeys, Sex Pistols, Dua Lipa and Kendrick Lamar.

More than just its headliners, Sziget brings together a programme of world music, theatre, cabaret, installations, performances and art. Set in the heart of Budapest on Óbuda Island, Sziget is a community built festival and known as the 'Island of Freedom'.

Attended by Szitizens from over 100 countries each year, the festival is dedicated to embracing diversity as a part of its 'Love Revolution', using the power of the community to celebrate and bring love, acceptance, tolerance and freedom to the heart of Budapest and beyond.

With preparations well underway for next August, year 27 is set to be Sziget’s biggest and best festival to date.