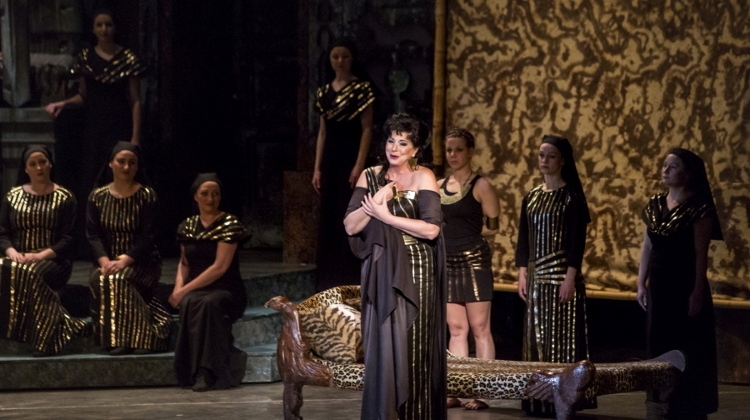 To mark the occasion, a special anniversary gala is organised at the Erkel Theatre featuring Hungarian soloists and guest star Italian tenor, Marco Berti as well as the artists of FlamenCorazónArte Dance Theatre and Varidance Ensemble.

The concert programme includes a scene from Verdi’s Aida and highlights from Bizet’s Carmen.

More than 35 years ago, the Opera House in Budapest was under restoration. Therefore, Ildikó Komlósi made her debut at the Hungarian State Opera at the Erkel Theatre. Having graduated the Liszt Music Academy, the mezzo-soprano continued her studies in Milan and London.

She quickly rose to international fame in 1986 when she won the Pavarotti International Voice Competition singing alongside the legendary tenor in Verdi’s Requiem conducted by Lorin Maazel.

During her career expanding over three and a half decades, she has appeared in almost all renowned opera houses and concert halls in the world from the New York Metropolitan and Carnegie Hall to London, Paris, Barcelona, Milan, Berlin, Vienna and St Petersburg to the Arena di Verona, and she is also well-known to audiences of the Far Eastern opera houses.

Her voice can be heard on dozens of recordings, her vast repertoire includes Judith from Bluebeard’s Castle, Gertrude from Bánk Bán (The Viceroy Bánk), Santuzza from Cavalleria rusticana, Herodias from Salome, or The Nurse from Die Frau ohne Schatten.

The anniversary gala at the Erkel Theatre showcases further two of her emblematic and popular roles: Amneris from Aida and the title role of Carmen. It has always been important for Ildikó Komlósi to be able to act on stage.

„I have never wanted to be a singer only, I enjoy stepping into the shoes of different characters, explore its depths and discover something else, something surprising”, claims Komlósi. The gala promises to be a real tour de force.

However, for the renowned mezzo-soprano it is nothing of the extraordinary: „I have never held anything back from the audience, I give all that I have every night, and the audience responds to artists giving their best.”

In the excerpt from Aida, her partner will be András Palerdi, whereas the Carmen highlights will feature Géza Gábor, Orsolya Sáfár, Zsófia Kálnay, Máté Fülep, Károly Szemerédy and Zoltán Megyesi as well as Italian tenor Marco Berti, with whom Ildikó Komlósi appears on several DVD recordings.