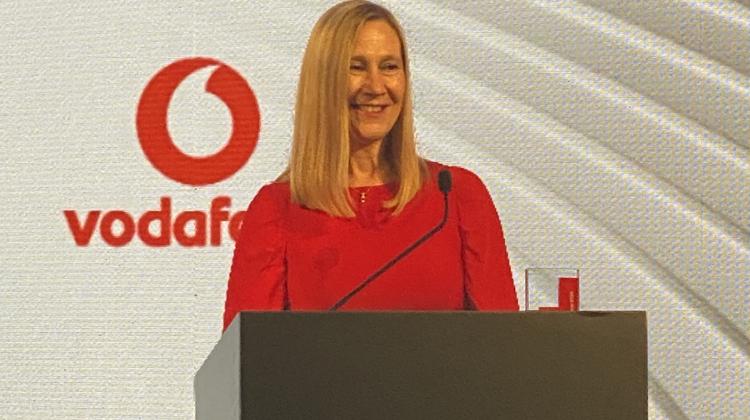 In receiving the award, Seymour was recognized as the most successful foreign company head in the past year, contributing greatly to the economic development of Hungary, while also showing a great example to her employees and peers within the expat community.

The award is now a tradition; it has been granted every year since 2015.

The gala dinner featured Hungaryʼs most important expat company leaders, and a number of distinguished guests such as Hungarian Investment Promotion Agency head Róbert Ésik as well as several ambassadors and diplomats.

"We have closed a very successful year of investment promotion," Ésik said, adding that the level of Foreign Direct Investment (FDI) hit a new record in 2019.

He argued that HIPA managed to achieve a breakthrough in attracting Asian investment to the country.

He also praised expat CEOs for their contribution to the Hungarian economy, saying, "You are the ones who convince parent companies to bring their investments here."

U.K. Ambassador Iain Lindsay delivered a special address regarding the United Kingdomʼs future relationship to the European Union and Hungary, as the gala was held on Brexit Day.

"We are leaving the European Union, not Europe," he said. The Ambassador told the audience in both English and Hungarian that Hungarian citizens living in the United Kingdom "Do not need to be afraid, do not have to leave the country."

This year, the HIPA partnership award was given to Siemens Zrt. president & CEO, and German-Hungarian Chamber of Industry and Commerce board member Dale A. Martin. He also served as the president of the chamber in the past.

"I am honored that HIPA chose a company with more than 130 years of history in the country," Martin said in his acceptance speech, recounting how the company was already involved in the designing process of metro line M1 at the end of the 19th century.

After the main courses were served, the galaʼs main event started, with a screening of short videos of the three candidates for the Expat CEO of the Year award.

The winner was selected by a professional jury of five just 30 minutes before the gala. The panel consisted of BBJ CEO Balázs Román, American Chamber of Commerce in Hungary CEO Írisz Lippai-Nagy, HIPA CEO Róbert Ésik, Dale A. Martin, and last yearʼs Expat CEO of the Year Taira-Julia Lammi.

After receiving the award, which was handed over by last yearʼs winner Lammi, Seymour recalled her thoughts when she started working in Hungary "I remember walking past the Parliament when I said: I need to make an impact, I am not here to just build BlackRock, Iʼve got to do something different. I have really got to do something for Hungary."

Seymour currently holds the position of head of Global Client Service at BlackRock. She served as the head of BlackRock Budapest between 2017-2019. She is the first person from the United Kingdom to win the BBJ Expat CEO of the Year award.