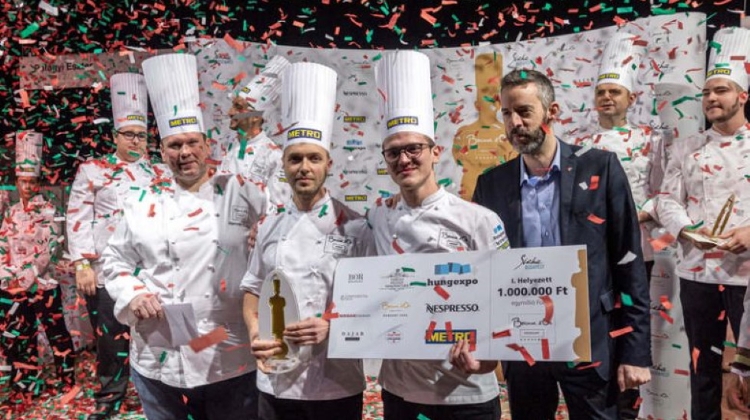 At the Bocuse d’Or European championships held in Tallinn, Estonia, Hungary’s team of chefs led by István Veres qualified in ninth place for the finals to be held in Lyon in June 2021, the head of the Hungarian Bocuse d’Or Academy, Zoltán Hamvas, has said.

Hungary has competed successfully against “gastronomical superpowers” such as Italy and Spain, Hamvas said.

“The competition was fierce” this year, he added. In Lyon, Hungary will face 23 national teams from around the world, he said.