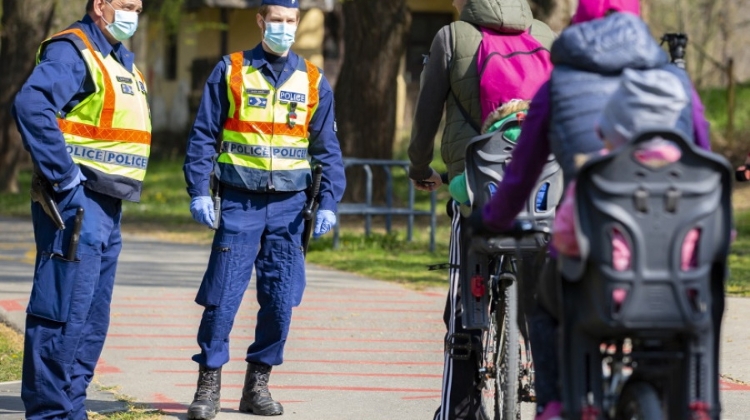 The government is prepared to introduce more restrictions aimed at curbing the spread of coronavirus in the country if it is deemed necessary, Gergely Gulyás, the head of the Prime Minister’s Office, said in response to a question at a press briefing.

Gulyás said that the virus situation was deteriorating globally and especially in Europe, and “Hungary is no exception”.

He added, however, that Hungary was 10th out of the European Union’s 27 member states in terms of the number of infections, while the country’s mortality rate was “about half of the EU average”.

In response to a question, Gulyás said all of the government’s measures, with the exception of the rule on the closure of entertainment venues, served the protection of the elderly.

He noted that Katalin Novák, the minister for family affairs, had convened the Council of the Elderly on Monday with the aim of involving the elderly in the government’s decisions.

Asked what the prime minister had meant on Tuesday when he said Hungary’s hospitals could be pushed to the limits of their capacity by December, Gulyás said 32,000 of the country’s 66,000-67,000 hospital beds could be occupied by coronavirus patients by the middle of next month.

Certain hospitals have already postponed them and the government could order all hospitals to do the same, he added.

Hungary has enough hospital beds, staff, nurses and doctors at its disposal, he said, adding that there were also plans to enlist junior and senior medical students as assistants.

Asked about the capacities of the health-care system, Gulyás said that even according to the most pessimistic estimates, the number of patients who would need to be put on ventilators was not expected to exceed 10,000.

He said the decision to close entertainment venues was modelled after practices seen elsewhere in Europe.

Asked about coronavirus testing procedures, he said Hungary was carrying out tests in accordance with the protocols recommended by the World Health Organisation while keeping an eye on a variety of testing practices, including the countrywide testing operation in Slovakia.

Asked if schools would have to be closed, Gulyás said the government believed the latest round of restrictions would be enough to slow the epidemic and schools could stay open.

No further restrictions are required in the public education system, he said, noting that the country must continue to function.

Gulyás also reiterated that teachers who were forced to stay home due to being infected with the virus were entitled to their full salary during sick leave.

He also said that the government had not consulted the Budapest municipal council or any of the major localities before deciding on the new measures.