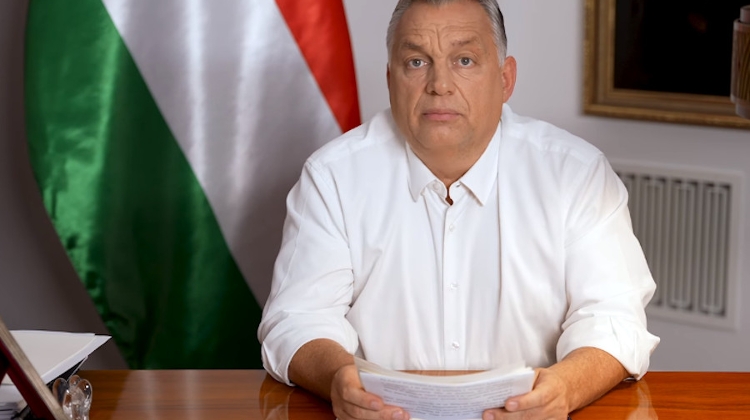 •    Curfew between midnight and 5 am (only those working, or going to or from work, may remain outside their homes during curfew)

•    Attendees of any events, and those in cinemas and theatres, are required to wear masks, and only every 3rd chair can be occupied

•    Clubs & concert halls with no assigned seating must stay closed, however pubs and event halls with seating can remain open

•    Public transportation schedules will be extended during peak hours, and free parking is back in effect all around Hungary

In a video on Facebook, Orbán called on lawmakers to reintroduce the special legal order for 90 days.

He also said the government is imposing a curfew between midnight and 5am, and nightclubs will be ordered to close.

Also, parking will be made free of charge once again with a view to reducing crowds on public transport.

The prime minister said sporting events, cinemas and theatres will have to restrict audiences to using every third seat, and face masks must be worn.

The authorities will inspect all events and fine transgressors.

Venues that fail to observe the rules will be shut down immediately, he added.

Orbán said the epidemic was gaining momentum, noting that Austria now had 1.5 times as many infections per million people as Hungary. “

And the situation is even worse further out to the west,” he said, adding that Hungary tended to be about 5-7 days behind Austria in terms of the state of the epidemic.

If this trend holds, Hungary’s hospitals will be close to exhausting their capacities by mid-December, he said.

Prime Minister Viktor Orbán said that, just as in the spring, it was again the elderly and people suffering from chronic illnesses who are most vulnerable to Covid-19.

Orbán said it was time to take further steps to protect the operations of the country’s hospitals and the lives of the elderly.

“We must put political disagreements aside and we’ll need swift action and timely measures,” he said.

"This time, there is no room for political debates; we need quick action and to make decisions in time,” PM Orbán stressed, emphasising that, “If the spread of the virus is fast, then we need to take action fast, too.”

The prime minister also said that doctors will receive wage hikes and that hospitals had all the necessary protective equipment at their disposal.

Also he said that only a vaccine would end the pandemic. “The ultimate solution will be a vaccine, but this is within sight now.”

“We must hold out until a vaccine is developed,” he added, noting that Hungary was in talks with the European Union, Russia, China and Israel on buying vaccines once they are developed.