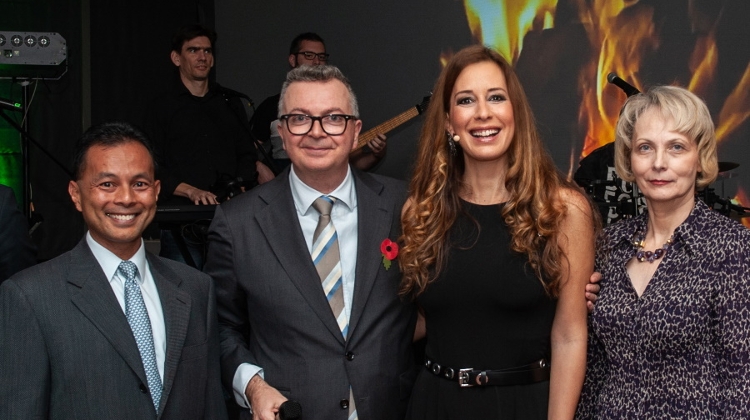 Hungary’s first online portal for expats, XpatLoop.com, celebrates its 20th birthday this year. It usually combines its anniversary with fundraising for local children’s charities and a celebration of the British Bonfire Night tradition in November, an event the Budapest Business Journal has long been happy to promote.

This year, COVID has ruled out such a party. However, having raised HUF 30 million for good causes to date, XpatLoop founder Stephen Linfitt says he is determined local children in need will still benefit this year from the generosity of expats and internationally minded locals, and has even won VIP support to help him do so.

“I was looking forward to attending the popular Bonfire Night’s celebration organized by XpatLoop in Budapest; however, sadly this year it had to be called off due to the global pandemic,” said Paul Fox, the newly arrived British Ambassador To Hungary.

Fox, who only officially took up his role on October 16, has posted a video link on the embassy’s UK in Hungary social media feeds congratulating XpatLoop on its milestone birthday.

“XpatLoop has played an important role in connecting Hungary’s expat community, including thousands of my fellow Britons. Thank you for being our reliable partners for two decades,” Fox said in his video message - you can see his YouTube video below.

“Let’s come together virtually […] this year by joining the team at XpatLoop in making a donation directly to the Csodalámpa Foundation,” said Fox.

Anyone wishing to make a donation online to the Csodalámpa Foundation, which aims to grant 230 to 300 wishes per year to 3-18-year-old children suffering from life-threatening illnesses, can do so via this link.