Video: Juventus Ease To Victory Against Fradi In Budapest 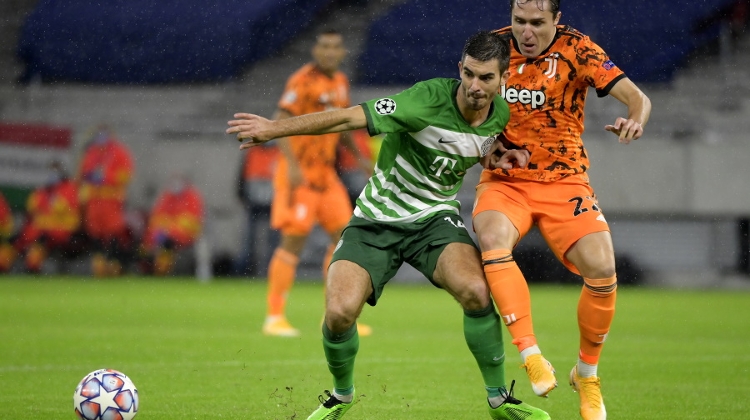 An Alvaro Morata brace was the highlight for the Italian champions as Andrea Pirlo's team scored four goals in Budapest on Wednesday evening, but Franck Boli's last-minute consolation means Ferencváros maintain their record of having scored in every Champions League group-stages match so far this season.

An earlier close-range strike from Alvaró Morata, playing in his 100th match for Juventus, edged the Turin team in front but they were surprisingly ponderous in defence thereafter and only wayward shooting from Ferencváros' players prevented visiting goalkeeper Wojciech Szczesny from being called into action before the half-time break.

Serhiy Rebrov's team were still in the game at this point but Morata's superb first-time curler into the top-right corner of Fradi's net on the hour mark calmed any Juventus nerves and two defensive mistakes saw the away team's lead double to 4-0 within eight second-half minutes.

Fittingly, in front of some superbly vociferous home support, Ferencváros had the last word when Frack Boli slotted the ball past Szczesny in the 90th minute to set the final scoreline at 4-1 in favour of the two-time European champions from Italy.