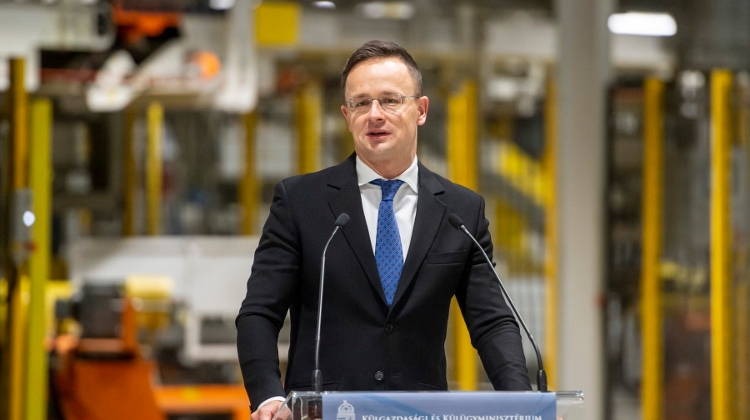 The tyre maker is upgrading its production lines and expanding its product range, Szijjártó said. The Hungarian government is supporting the investment with a 1.4 billion forint non-refundable grant, he said, adding that the project will help keep 1,000 people employed.

Szijjártó said the Indian company was a key player in the “success story” that was the government’s policy of opening up to the East.

Hungary’s trade turnover with the East has increased by 25% since it introduced the policy ten years ago, and last year, for the first time, Hungary received more investments from the East than from the West, the minister said.

Some 60% of Hungary’s foreign investments last year were made by Eastern companies, accounting for 40% of the new jobs created, he said.

The investment will cover SMG’s plants in Győr, Mosonmagyaróvár and Mosonszolnok, in northern Hungary, and Túrkeve, in eastern Hungary.

Hungary’s government is supporting the investment with a 2.1 billion forint grant, the minister said.