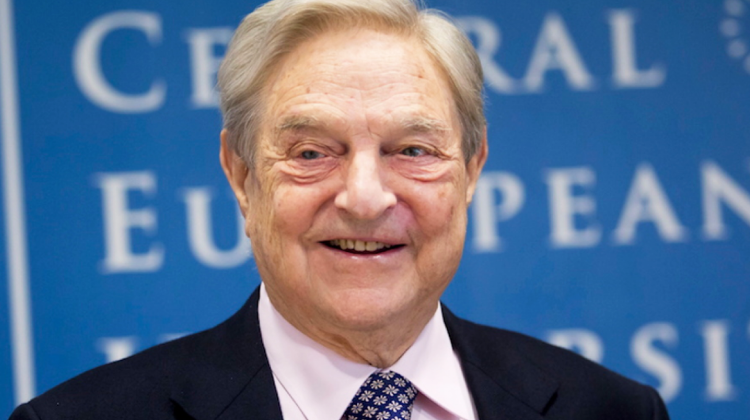 Following the decision of the director of the Petőfi Literary Museum to withdraw remarks comparing George Soros to Hitler, one commentator describes his words as a primitive insult to the victims of the Holocaust, while a political scientist thinks he performed a huge disservice to the government that appointed him to head the country’s most important literary institution.

On Saturday, Szilárd Demeter, head of the Petőfi Literary Museum published an opinion piece on Origo in which he wrote that George Soros wants to rule Europe, and his liberal followers adore him like the Nazis used to adore Hitler.

Soros and his people intend to clean Europe of Hungarians and Poles whom they consider inferior and thus ‘Europe is Soros’s gas chamber’, he wrote.

On Sunday Origo removed his interview at his request, and published a short statement in which he admitted that he should not have used the Holocaust to describe contemporary phenomena.

Earlier, hundreds of intellectuals signed a petition demanding Demeter’s resignation; the Budapest Mayor gave the Prime Minister until Monday morning to fire him, while former Prime Minister Gordon Bajnai said if Demeter keeps his job, his words must be taken as expressing the government’s position.

On the Magyar Hang homepage, Benedek Ficsor condemns Demeter for comparing the government’s conflicts with the European Union to the tragedy of European Jewry under Nazi rule.

That image even harms the government itself, he writes, for PM Orbán and his people have gone out of their way to honour the victims of the Holocaust and assure the world that they follow a policy of zero tolerance to anti-Semitism.

Political scientist Gábor Török believes Demeter made an overzealous attempt to support the Prime Minister’s narrative on George Soros, but eventually did him a huge disservice.

In fact, he explains on his Facebook page, the opposition immediately demanded Demeter’s dismissal, which will enable them to keep the matter on the agenda for some time.

The government would in fact find it difficult to yield to the pressure, while it also cannot defend Demeter’s remarks. Török finds it telling that Gordon Bajnai was the very first public figure to urge the Prime Minister to dismiss Demeter.

That prompts the analyst to speculate that Bajnai might easily be the opposition candidate for prime minister in 2022.