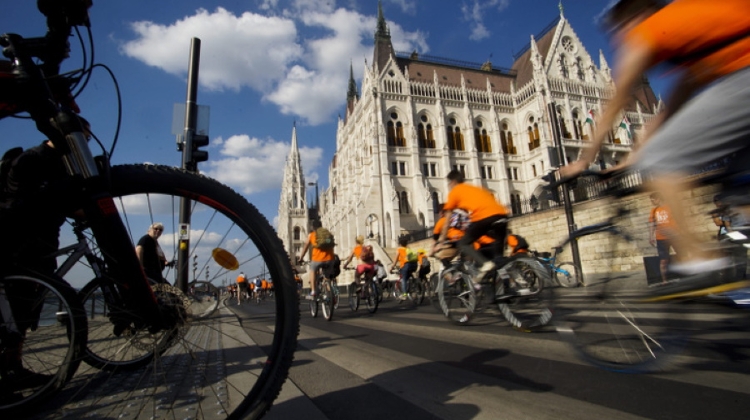 The start of the Giro d'Italia in Hungary has been cancelled, according to a statement released by the Hungarian parliament.

Participants in the 2020 edition of the Giro d’Italia cycling race will cycle across the Chain Bridge on the tournament’s opening day, under a new route change.

Initially, the bridge was not part of the race route because it was expected that it would be under renovation.

However, as that project has not materialised, the race will feature one of the best-known symbols of Budapest.

The Grande Partenza, the opening stage of the Giro d’Italia, set for May 9, will begin on Heroes Square. Cyclists will race along Andrássy út, over the Chain Bridge, through the Tunnel and then up to Buda Castle.

In the two other Hungarian stages of the race, riders will cycle from Budapest to Győr, and then from Székesfehérvár to Nagykanizsa on a race route that passes through 66 Hungarian settlements.

The cost to Hungary for hosting the opening stages is HUF 7.7 billion.

Top Cycle Race Giro D'Italia To Set Off From Budapest