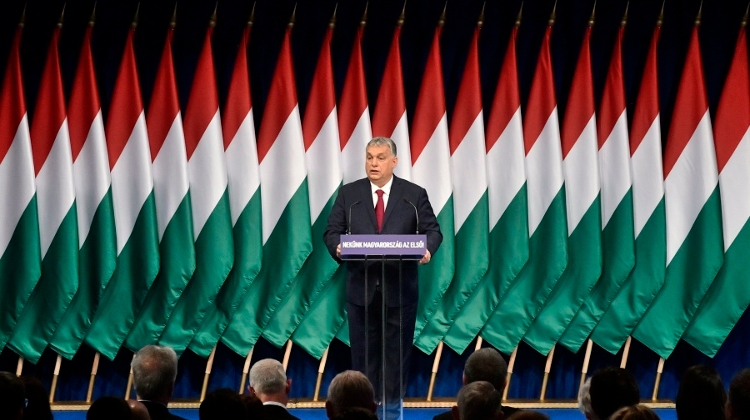 In his annual state of the nation address, Prime Minister Orbán looked back on the ten years of his governance and said this has been Hungary’s most successful decade in a century. He considered ending poverty in Hungary as his government’s most important objective.

PM Orbán accused George Soros of having tried to ‘buy up Hungary’, and ridiculed liberals as ‘communists with a university degree’. Mr Orbán added that new family benefits and further tax cuts will be introduced, and announced a climate protection plan facilitating green energy production and the reduction of pollution.

Magyar Nemzet’s Ferenc Kis welcomes the Prime Minister’s messages, and agrees that Hungary has made unprecedented economic progress in the past decade.

The pro-government commentator also agrees with the Prime Minister’s statement that Hungary’s geopolitical standing has increased through cooperation with the Visegrád countries. Kis thinks that the environmental policies announced by the Prime Minister clearly show that the government is taking seriously the challenges of climate change.

In Népszava, Miklós Hargitai accuses the Prime Minister of avoiding topics that have real importance for Hungary.

The left-wing columnist thinks that PM Orbán focused on the usual suspects – George Soros, liberals and communists – rather than addressing the more important challenges including mass emigration, poor quality of education, and poverty.

Hargitai thinks that Mr Orbán has lost touch with reality and does not notice that his power is shrinking. The left-liberal columnist predicts that until the 2022 Parliamentary election, the government will continue fear mongering and attacking imagined enemies rather than making Hungary a better place.