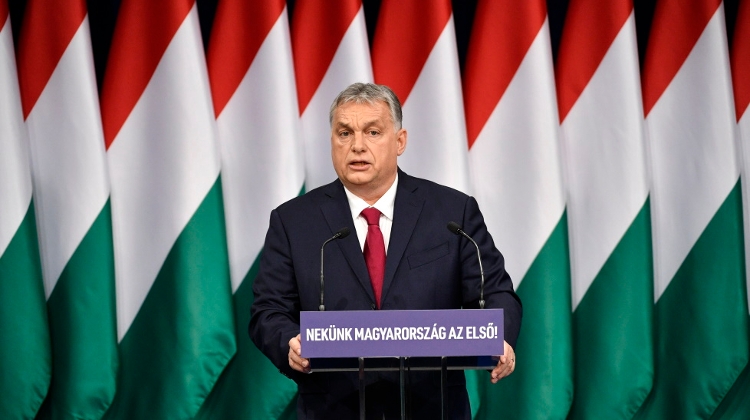 “The facts show that the last ten years were the most successful ten years in Hungary’s last 100 years,” Prime Minister Viktor Orbán said in his state-of-the-nation address.

Detailing Hungary’s achievements over the past ten years, Orbán said that in no other decade over the past century had the country been both externally and internally balanced while maintaining sustainable growth.

Hungary achieved all this while keeping wealth inequality at a moderate level according to European standards, he said, adding that this meant that Hungary’s broader society had benefited from the country’s growth.

Vulnerable social groups like young people, people aged older than 50, mothers and low-skilled workers have all been able to find jobs over the past 10 years, he said. Wages are on the rise and the minimum wage for both skilled and unskilled workers has been doubled, said Orbán.

Investments in Hungary and exports both hit record highs last year, he said, noting that Hungary ranks 94th in the world in population size and 34th in terms of the size of its export volume. These have been the achievements of a country of ten million people, Orbán said, adding all this was proof of “skills and diligence”.

The prime minister said those who were critical of Hungarian teachers, the education system and vocational training should hold back on their criticism, arguing that workers, experts and engineers “who run the world’s most modern factories here in Hungary all graduated from our schools and universities”.

“Over the past ten years we also learned that Europe is not in Brussels,” Orbán said. “Europe is us and we don’t have to please the tired Brussels elites … In the past we used to think that Europe was our future but today we know that we are the future of Europe.”

He said the Carpathian Basin today was a source of strength that stemmed from the recognition that “being Hungarian is promising and uplifting”. “Our nation knows that Hungary comes first,” he said.