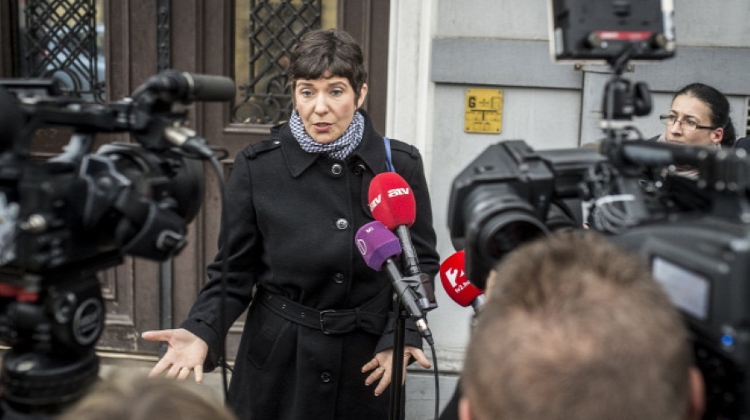 The opposition Democratic Coalition (DK) has launched an online survey on the potential introduction of a European minimum wage, Klára Dobrev (pictured on top), an MEP of the party, said.

The idea of an EU-wide minimum wage is now a mainstream policy issue within the bloc, she told a press conference, noting that European Commission President Ursula von der Leyen has put forward a document on the matter for a debate.

The EU is scheduled to debate the basic structure of the mechanism over the next six weeks, after which the commission will put forward a specific proposal, Dobrev said.

Meanwhile, she said it appeared that the Hungarian government was uninterested in taking part in the discussions on a European minimum wage, adding that this meant that the views of the Hungarian people would not be represented in those talks.

This is why, she said, DK has initiated consultations with social partners, employers, unions and the people themselves. Dobrev said her party sent its proposal out to sector chambers, industry bodies, unions and research institutes last week.

Asked why the survey’s respondents had to provide personal details such as their address in order to submit their responses, Dobrev said DK wanted to canvass the views of people all over Hungary.

Responding to another question, she said the European People’s Party, the Greens, the Social Democrats and the Liberals all supported the idea of a European minimum wage. If Hungary’s Fidesz were also open to it, DK would be prepared to work together with the ruling party, she added.

Ferenc Dávid, DK’s economic spokesman, pointed out that 21 EU member states had an administratively defined minimum wage. Because of its widespread presence throughout the bloc, the minimum wage had become a part of European work culture, Dávid argued, adding that it was also linked to a number of family and social benefits.