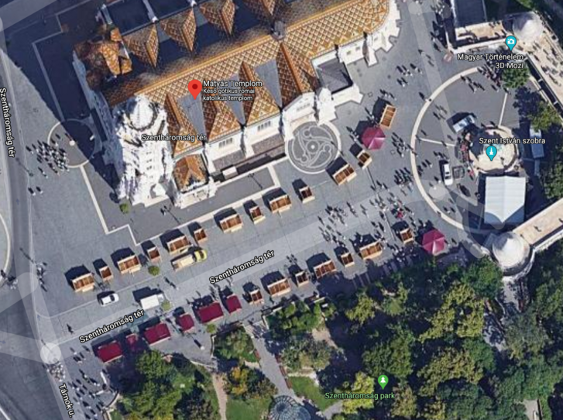 Fidesz and a local residents’ group are objecting to a plan by First District mayor Márta Naszályi to allow booths selling prepared food and other items in Buda Castle.

Fidesz local councillor Mrs. Péter Sándor told Inforádió that the Buda Castle area is not a “castle of kiosks”, and the planned booths are not worthy of the environment of Mátyás church. A signature drive was also launched against the plan.

She said left-wing mayor Márta Naszályi has proposed to allow a wooden booth on the Citadel, one on Tóth Árpád promenade and two others on Szentháromság tér, close to Mátyás church.

“Upon reading the winning bid, we almost fainted because a wooden hut befitting a fair won out, offering barbecues,” Sándor said.

Naszályi argues that the composition of tourists visiting the district has changed in the epidemic and the needs are different.

“These are not huts, but pavilions, endorsed by the Government Office heritage protection department,” she said.

“As we expect domestic tourists to replace the large number of foreign tourists in the near future, these facilities can offer food at a price that targets domestic tourists and young people, who cannot necessarily afford the expensive restaurants in the Castle area,” she added.

Naszályi stressed that the tender is only for nine months, after which a decision will be made, by involving local residents and based on the experiences gained, about the future of the booths.


Photo: this is how food stalls were previous set up around Matthias Church as shown on  Google Maps