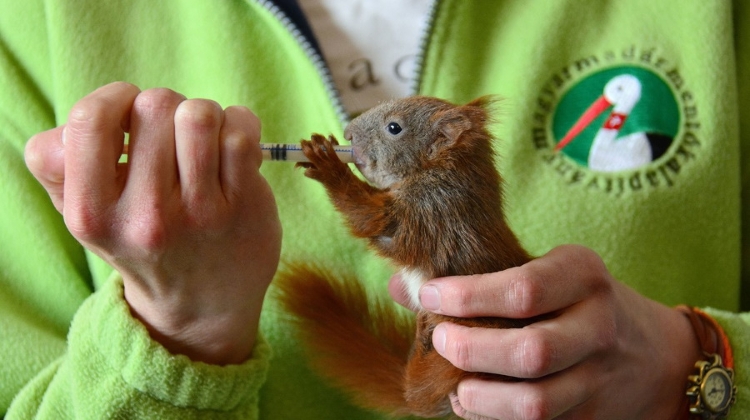 Last year, more than ever, a total of 2,201 animals in need of human assistance, were given a second chance as part of Budapest Zoo's rescue efforts.

The highest number of specimens came from the great tit family; we took care of 159 of them last year. But there were 146 blackbirds, 7 common redstarts, 56 common kestrels, and 41 common swifts among the rescued animals.

Among the mammals, we had the most ever hedgehogs in 2019 as well, with about 600 rescued hedgehogs, almost twice the average of previous years. We were able to help 327 specimens from a total of 12 species of bat.

The most important rescue work over the past year was the release of a rescued tawny owl, releases of orphaned bat babies, the Saker falcon rescue, and the release of Eastern imperial eagles and orphaned wild cats.

More information about the rescue activities of our Zoo, run under the auspices of the Hungarian Bird Rescue Foundation established by our institution, is available online at ZooBudapest.com

The rescue work can be explored in close proximity at our show rescue centre in the Hedgehog Hospital, which is located at the Zoo Playground at the Once Upon a Time Castle area.