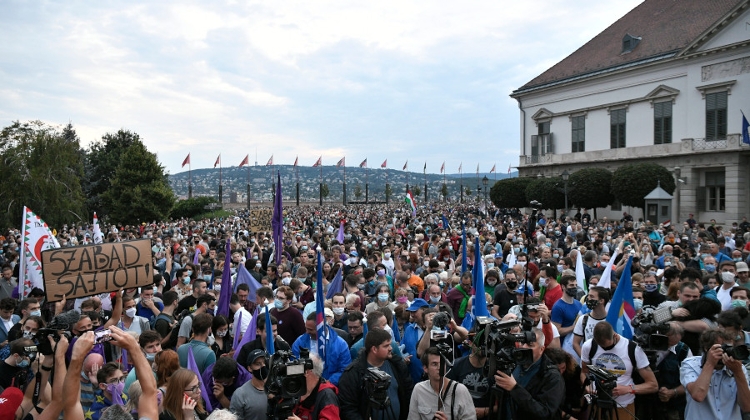 Opposition-leaning outlets mourn the end of what they see as the leading independent news site while a pro-government analyst believes that Index was a staunchly pro-opposition website.

A middle of the road commentator suggest that it was not in the government’s interest to dismantle Index.

444 posts a copy of the front page of the Polish liberal opposition daily Gazeta Wyborcza which sends a message of solidarity to Hungarians who are protesting against what GW defines as an attack on press freedom.

On Mérce, Gergő Nefelejcs likens the end of Index ‘as we have known it’ to the Chernobyl disaster which ultimately lead to the implosion of the Soviet Union. People who are left without their sarcastic voice, he writes, will vote this government out of office sooner or later.

On his blog hosted by HÍR TV’s website, Bence Apáti strongly opposes the view that Index was an independent news site, equally sarcastic and critical towards all sides. It used to be like that until ten years ago, he argues, but under Szabolcs Dull, the editor whose dismissal sparked the staff rebellion last week, Index became an open supporter of the opposition, he suggests.

On Azonnali, Gábor Kardos believes that the government was only too happy with Index as it was, for the ultimate owners are its allies and kept the opposition-leaning website under check. If anything, he concludes, the scandal served the interests of the political opposition.