'Let’s Clean Up Hungary' Project To Be Launched 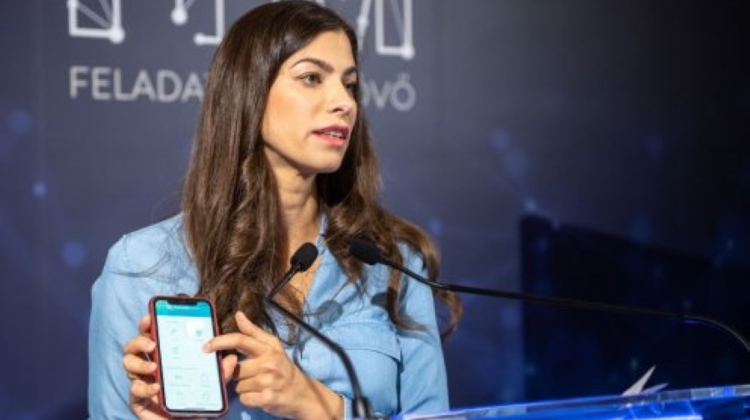 “A project is being launched under the name ‘Let’s Clean Up the Country!’, part of which includes the elimination of the illegally dumped waste that has accumulated in recent decades.

The project will be facilitated by the already available HulladékRadar (‘WasteRadar’) mobile app”, the Ministry for Innovation and Technology’s State Secretary for Construction Economy, Infrastructure and Sustainability Anita Boros (pictured on top) announced at a press conference in Budapest on Wednesday.

The State Secretary said the project is the first phase of the Waste Management Rationalisation Program launched in the second half of 2019.

“The question of waste management was reviewed last year, and by this spring a proposal was drawn up including a system of sanctions, and plans for the elimination of illegal waste and the handling of economic policy issues”, she explained.

“However, in addition to cleaning up the country and introducing sanctions, the plan it to also determine dumping points where items that the population no longer need can be legally deposited”, she said.

“The National Waste Management Strategy is also complete, and will also be put before the Cabinet in September”, Ms. Boros added.

The State Secretary said that during the course of the program, via a never before seen level of state and local government cooperation, an effort will be made to collect the waste found in forests, the territory of national parks, rivers, rail and road facilities and local government public areas as a result of the illegal dumping that has occurred in recent decades.

“Participating in the realisation of the program will by Hungarian state railway company MÁV Zrt., Hungarian Public Roads Zrt., state forestry companies and national park directorates, the Hungarian General Directorate for Water Management and local governments, within the framework of a tender system coordinated by the Ministry of Interior”, she continued.

“At all the organisations involved, pilot locations have been chosen that may be suitable for analysing the measures required to eliminate the waste. The elimination of waste will begin following the assessment of these pilot locations.

This year is the first phase of the project, and the plan of tasks for the upcoming periods will be determined based on the results achieved this year”, the State Secretary added.

“The Cabinet decided to adopt the proposal on the elimination of illegal waste dumps at its session on 15 July”, Government Spokesperson Alexandra Szentkirályi said, adding that it is difficult to assess how great an area is affected by illegal waste and how great a problem it causes, in view of the fact that there are many illegal dumping sites that are only known to local residents, or which haven’t yet been discovered.

This is one reason why the “WasteRadar” mobile app has been developed, with the help of which anyone can report the discovery of illegal waste, including its category, estimated site and location, she explained.

The Government Spokesperson highlighted the fact that it would be a huge step forward if we were to succeed in eliminating illegal waste dumping sites in Hungary, but this in itself is not enough since it is also important that new illegal dumping sites are not established, meaning that the cleared areas remain free of contamination.

“This is why we are developing a system to monitor and clear already cleaned sites. There are already sanctions in place, but their further development is necessary”, she added.