Hungarian Wine Guide: Szekszárd Region In Hungary Is "Sexier Than Ever" 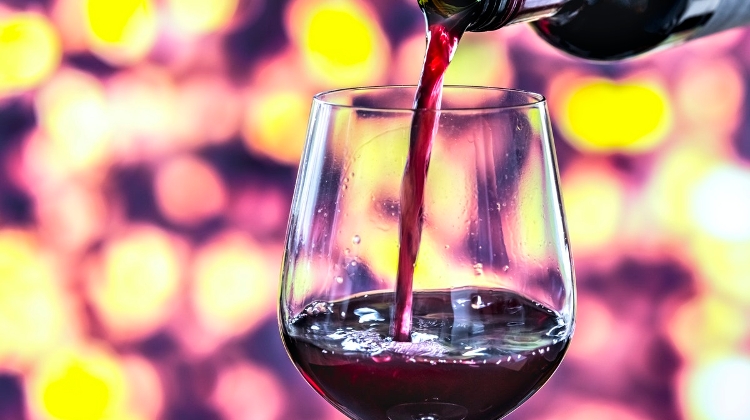 Southern, sun-kissed Szekszárd is famous for its great value red wines but in recent years it has become much more than a cheap and cheerful (if less polished) alternative to the previously more coveted Villány region, further to the south.

Szekszárd’s winemakers have confidently set sail on their own course with increasingly sophisticated and complex reds.

Long loved by consumers for their excellent value for money, Szekszárd’s vintners are now also succeeding in making more varietally-pure Kékfrankos and Kadarka, which also play a key role in the region’s flagship Bikavér blend.

Critics have often dismissed Szekszárd as solely a source of simple, uniformly fruity wines due to the loess soils that dominate the region, but the truth is that truly lovely vintages can come from loess; indeed, elsewhere loess, which accounts for up to 10% of the planet’s topsoil, is strongly associated with quality wine.

Places where loess is loved and not loathed include Wagram and parts of Wachau and Kremstal in Austria (where it is prized for its ability to make fuller Grüner Veltliner), many top German vineyards; and even across the Atlantic in eastern Washington. Indeed, some of Tokaj’s most elegant wine comes from loess-dominated vineyards.

Szekszárd is in any case about more than loess, since there are other soil and rock types lurking under and alongside it, with lots of iron-rich red clay and chunks of limestone in the mix (the latter providing acidity to counterbalance the region’s ripeness).

The clay, which is also known as terra rossa, is clearly visible and regularly pokes through the surface as you drive around this undulating region. The terra rossa of Australia’s Coonawarra region, for example, is prized for the rich and structured red wines that it yields.

As you approach Szekszárd from Budapest, the Transdanubian hills spread out before you and announce the end of the Great Plain; in these hills there are lots of intriguing nooks and crannies that are home to a patchwork of vineyards with various exposures and their own distinctive mesoclimates.

Add in the varying composition of the soils and Szekszárd isn’t simple or uniform at all. These individual vineyards are coming increasingly snapping into focus with wineries like Heimann, Sebestyén and Takler bringing out exciting single-vineyard wines that ooze their place of growth.

Savvy Szekszárdian vintners are focusing on a three-pronged approach of single varietal Kadarka (including exploring different clones) and Kékfrankos, and the Bikavér blend, which come in their own Burgundy-style bottles.

The way the word Szekszárd is embossed under the neck of the bottle, a la Châteauneuf-du-Pape, is a nice reference to the spice of the Rhône, which is also a feature of Szekszárd reds.

Szekszárd is the Hungarian epicenter of Kadarka, the same grape as Bulgaria’s Gamza, and it is believed to have been brought to Hungary from the Balkans by Serbs fleeing Ottoman invaders. For so long its wine has all too often either been watery and insipid, or overdone and covered in an oaky, overripe and tannic cloak and trying to be something it’s not.

Now, plenty of Kadarka wines with light tannins and playful acidity are coming through, exuding a distinctive rose hip note and delicious spiciness. This is a fragile and tricky grape to cultivate and prone to uneven ripening, while this thin-skinned grape (hence the light tannins) is also a late-ripener, and susceptible to rot.

Three of the four Kékfrankos hail from a single vineyard and really capture the nuances of the different terroirs. Meanwhile, the new range also features two Kadarkas: one that is a blend across a number of vineyards and simply called Szekszárd; and one which is from a single vineyard, the Porkoláb-völgy (völgy means valley).

This latter wine is made from the three most promising of the five new clones in the Porkoláb vineyard, which were developed in tandem with the Pécs Research Institute. Altogether, the Heimann winery has eight clones of Kadarka now planted in its vineyards.

The Heimann és fiai Szekszárd Kadarka 2018 (HUF 3,290 from Bortársaság) is raspberry colored with pale intensity and aromas of the same fruit, as well as rosehip and red pepper. It’s light and airy on the palate with feather-light tannins and a spicy twist on the finish. It is the ideal summer red wine; very tasty yet also quite complex.

The Porkoláb-völgy Kadarka 2018 (HUF 5,650 from Bortársaság) is more floral and has more red pepper, with complex aromas of anise, lace and red berries, and with more weight. Both nicely capture the essence of the variety.

Bikavér is based on a Kékfrankos backbone and is fleshed out with international varieties, especially the Bordeaux grapes, that play an important role without stealing the locals’ limelight. The finishing touch is the spice and aromatics added by a few percent of Kadarka.

Any more and Kadarka’s pronounced aromas can start to take over, something not desired in a wine in which the aim is that no grape dominates.

In 2017, Sebestyén (a family winery run by the brother and sister team of Csaba and Csilla, who blend sophisticated wines with a strong sense of place), released three Bikavérs from that year’s vintage: one a generic Szekszárd, and two single vineyards from the Görögszó and Iván-völgy vineyards (both HUF 6,600 from Bortársaság).

Szekszárd and Eger lock horns over which region was first to coin the term Bikavér (the English name of Bull’s Blood is less used these days due its not entirely former association with the bottom shelf of supermarkets).

While the northern Hungarian region of Eger battles with different levels of quality, Szekszárd tends to a higher end wine and always includes some Kadarka.