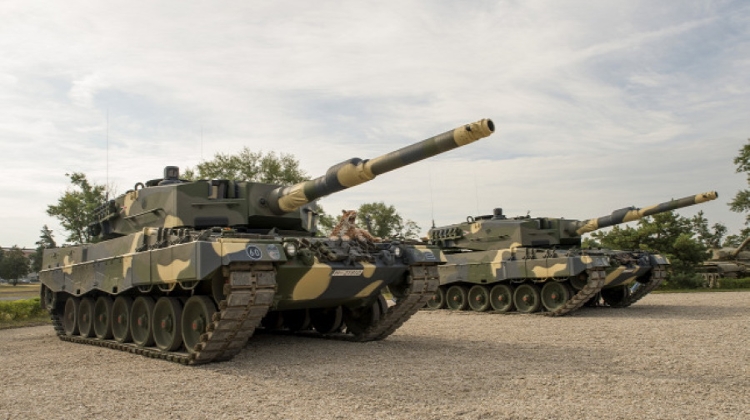 Defence Minister Tibor Benkő took delivery of the first four Leopard 2A4HU battle tanks at the army base in Tata, in northern Hungary.

The delivery of the tanks is the first step in the upgrade of the Hungarian military’s armoured fighting vehicles, the minister said.

The Hungarian Armed Forces will acquire a total of 12 Leopard battle tanks, with two vehicles being delivered to the Tata base each month between September and the end of the year, Benkő said. From 2023, they will use the more modern 2A7HU tanks, he added.