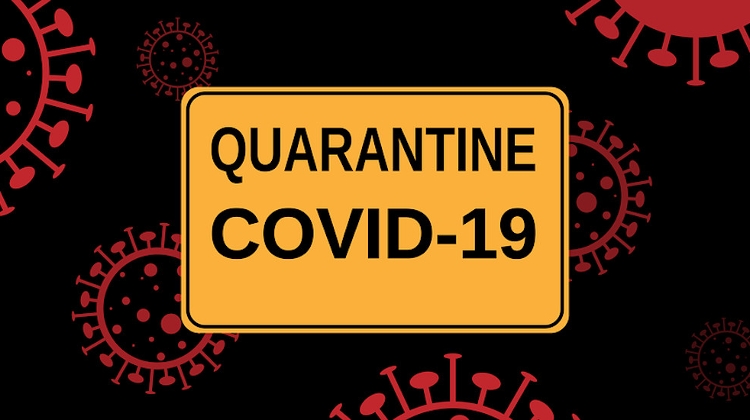 Latest: Two more government politicians have entered into home quarantine after attending a private event where one of the participants later tested positive for the novel coronavirus, the parliamentary group of ruling Fidesz said.

Initial tests for novel coronavirus came back negative for Csaba Hende, a deputy speaker of parliament who is also Fidesz’s deputy group leader, and Lőrinc Nacsa, a spokesman for the co-ruling Christian Democrats, the Fidesz group said in a statement.

Six senior government politicians including the head of the Prime Minister’s Office and the justice minister said on Thursday that they went into quarantine after attending the private event on Saturday and coming into contact with István Hollik, Fidesz’s head of communications.

Hollik said earlier that he had tested positive for Covid-19 after feeling ill after attending the event.

The former minister of justice told MTI on Friday that he is currently in official quarantine and has taken all necessary precautions. He said he will continue to work from home until his recovery.

Gergely Gulyás, the head of the Prime Minister's Office, and Balázs Orbán, his deputy, went into quarantine on Wednesday after attending a private event where one of the participants later tested positive for the novel coronavirus.

Gulyás tested negative for the virus on Wednesday, the statement said.

However, the minister will not attend Friday’s government meeting or the regular press conference afterwards unless his second test also comes back negative, it said.

Another four government politicians said on Thursday that they moved into home quarantine.

Judit Varga, the justice minister, announced on Facebook that she will continue working from home after learning that she came into contact on Monday with a person confirmed to be infected with the Covid-19 virus.

She said she had no symptoms and her first test taken on Thursday morning for the virus came back negative.

The other three politicians are Zoltán Kovács, Hungary’s state secretary for international communications, Csaba Dömötör, a state secretary of the Prime Minister’s Office and Örs Farkas, spokesman of the government information centre (KTK).

They all met István Hollik, the head of communications for ruling Fidesz, at an event on the weekend. Hollik said earlier that he had tested positive for Covid-19 after feeling ill after attending a private event on Saturday.