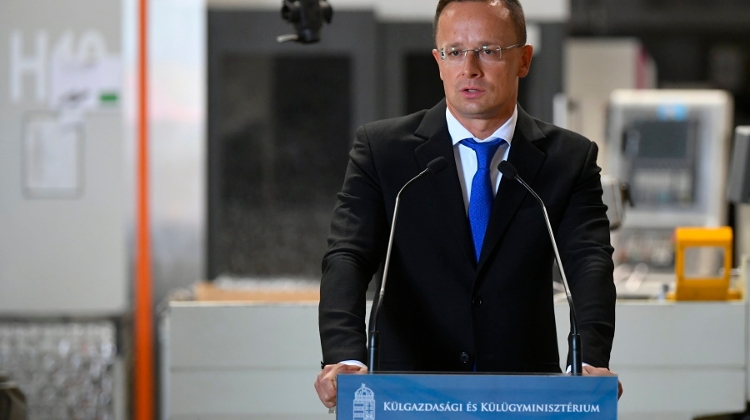 “From one of Europe’s economies that was lagging behind, the Hungarian economy has become Europe’s fastest growing economy”, Minister of Foreign Affairs and Trade Péter Szijjártó declared in Berettyóújfalu, where he presented Mezei-Vill Ltd. with a funding certificate within the framework of the competitiveness-increasing program.

Mr. Szijjártó said the most important thing is to protect workplaces and to create new jobs, explaining that this is why the government has placed the funding of Hungarian enterprises that realise development projects at the focus of economy protection.

Berettyóújfalu-based Mezei-Vill Limited has received 287 million forints (EUR 800 thousand) in state funding towards its 574-million-forint (EUR 1.59 million) investment project, with which it has protected 60 workplaces and is able to realise technological development projects that will increase its competitiveness on both the domestic and foreign markets.

“In addition to Hungarian settlements, the lamps produced by the company, which manufactures and installs public lighting equipment, can also be found in Romanian, Croatian and Ukrainian cities”, the Minister said, noting that Berettyóújfalu’s local government achieved savings of 55 percent after modernising its public lighting network using the company’s lamps.

“The region’s accessibility can no longer be an obstacle for investors”. He praised the work of Mezei-Vill Ltd., which has grown from a small local enterprise into one that is now also recognised abroad.

The company’s Managing Director József Mezei highlighted: “In addition to preserving jobs, the investment project being realised with the help of state funding is also facilitating the putting into commission of new, automated production lines”.