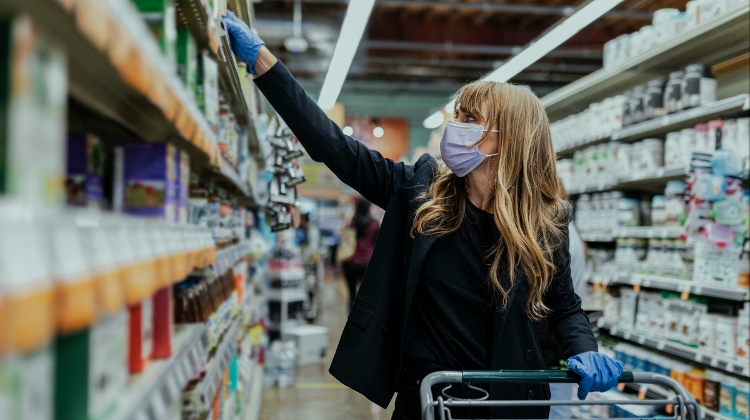 Prime Minister Viktor Orbán said in a television interview on Saturday that the second wave of the novel coronavirus epidemic called for a different strategy, but added that the country has gained experiences from the first wave and hospitals, as well as health equipment producers were prepared.

Based on results of the “National Consultation” survey, the government knows “what people expect us to do and that gives us calm,” Orbán said.

The government has a strategy to save lives and keep the country going at the same time, he said, adding that “flexibility, an ability to take action and rapid reactions” were crucial.

The government wants to avoid curfews or re-introducing digital education, Orbán said, insisting that “everything should go on in its own order, whether it is jobs, schools, and even sports, culture, and art”.

Tourism and catering should be continued, too, he said, but added that “not as if nothing had happened, but their operations must be maintained”.

“Where one must wear a mask, everybody should wear them and keep a distance, and if they feel ill, they should avoid others.”

Under decisions approved on Saturday, if a customer is found without a mask in a shop, both the customer and the shop will be fined, Orbán said, adding that on the third such instance the shop could be closed.

“The state is not flexing its muscles … but if the rules are not observed they will be enforced,” he said.

Through their answers in the survey parents indicated a clear wish that schools should open in September in the traditional way, Orbán said.

“If there is trouble”, classes will be reorganised and if isolation is needed, classes, rather than the whole school, will be sent home, he added, noting that schools had been closed down in spring to ease the pressure on the health-care system.

“As long as fatalities are not rising, and it seems we are able to save the elderly, school closures will not be on the agenda,” the prime minister said.

Orbán said the government was prepared to introduce certain restrictive measures, adding, however, that these would not be about “restricting everyday life” but rather rules such as potentially mandating bars and clubs to close at 11pm and enforcing mask-wearing in shops and on public transport.

The government’s measures saved the lives of tens of thousands of elderly citizens in the spring and “we will not risk a single life this time, either, but the country must function,” Orbán said.

The prime minister said hospitals had more than 10,000 beds available to treat coronavirus patients and there was a sufficient number of doctors and nurses and capacity was also sufficient in terms of protective gear and ventilators. The Hungarian health-care sector is capable of protecting “all Hungarian lives”, he said.

Orbán also announced that Katalin Novák, the state secretary for family and youth affairs, will be appointed minister without portfolio for family affairs. The government is creating the position in order to devote close attention to and to improve the living standards of families, Orbán said, adding that Novák will take up the post on Oct. 1.

Orbán said that his government had made a commitment to create as many jobs as were lost to the virus. The indicators show that the government has been true to its word, he said, adding that employment figures were projected to grow for the remainder of the year.

The government has spent a lot of money and energy on launching new investments, Orbán said. “Hungarian businesses haven’t weakened, but have been strengthened.”

He said the one sector that was “facing serious problems” was the tourism industry.
The industry in Budapest had relied almost entirely on foreign visitors “and now tourism has come to a halt,” he said.

The business model that Budapest hotels and restaurants had relied on, namely that foreign tourists had accounted for more than 90% of guest nights, will not be sustainable this year or the next, the prime minister said.

Budapest needs to transition to a new business model and taxi drivers, hotels and the catering and tourism sectors need separate government aid, he said. “The government helps everyone,” Orbán said, noting that it had reduced contributions, “but a special scheme is needed”.

He said it was “good news” that the metropolitan council had more than 100 billion forints (EUR 279.6m) to spend on these schemes.

The prime minister said that if everyone did their job in a calm manner and observed the rules, the elderly would be protected and families would not see their living standards fall.