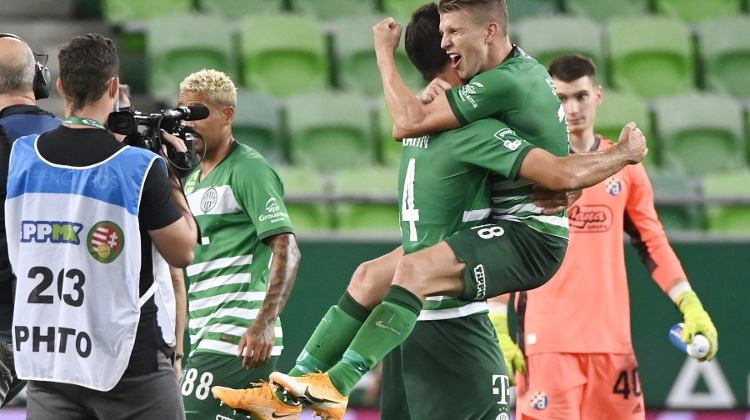 Winger Myrto Uzuni made up for a first-half own goal by scoring a breakaway winner as Ferencváros sensationally defeated yet another seeded team in Croatian champions Dinamo Zagreb in their UEFA Champions League qualifying 3rd-round tie in the Groupama Aréna on Wednesday evening.

Serhiy Rebrov's team, already victors over Swedish champions Djurgardens and Scottish title-holders Glasgow Celtic this campaign, got off to the perfect start when Tokmac Nguen stood up a cross from the left byline for the arriving Gergő Lovrencsics to stab the ball low into the bottom-right corner of the Dinamo net from barely six metres.

Dinamo were stung into action and after 20 minutes of pressing, levelled matters in fortunate fashion when a corner deflected off one Fradi defender and then onto Uzuni before rebounding into the goal.

An even contest ensued thereafter, both sides threatening at times, before the hosts scored what turned out to be the winning goal, Uzuni latching on to Boli's long ball forward and racing through on goal before slipping the ball coolly to the keeper's left and low into the right side of the net.

Naturally, Dinamo pushed for an equaliser which would keep them from losing this single-leg tie and thus in the competition but their pressure was to no avail, Ferencváros holding on for a famous victory and a place in the play-offs, where they will face Molde of Norway after they defeated Azeri club Qarabag on penalties after a goalless draw.