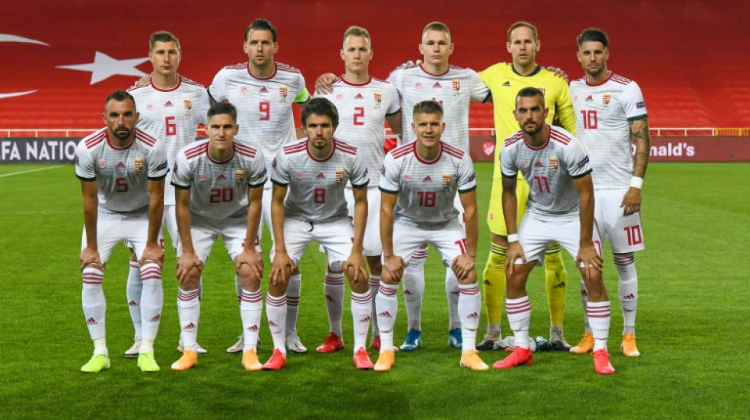 Perhaps Hungary's most eminent of all their young talents, Dominik Szoboszlai, produced a thunderous late free-kick which rattled into Turkey's goal off a post and secured a 1-0 victory for Marco Rossi's visiting Hungary team in their opening UEFA Nations League fixture on Thursday evening.

A total of 290 days after their last international match, that EURO 2020 ualifying defeat in Wales, Marco Rossi's Hungary were back in international action, albeit with a much changed lineup due to injury and virus exposure fears.

Neverthless, it was still a young, capable, talented lineup that Rossi picked. Winger Roland Sallai tested Turkey goalkeeper Cakir early on before Szoboszlai hit the left post with a right-footed shot after 19 minutes.

Filip Holender achieved a similar feat 12 minutes later, his right-foot curler from Szoboszlai's pass cannoning against the far-right side of the Turkish crossbar.

At the other end, Gulácsi only had routine saves to make until the 52nd minute when he denied Burak Yilmaz after the Turkey foward had run half the length of the pitch to latch on to a long ball and shoot at goal, despite the attentions of a swiftly-recovering Ádám Nagy.

Hungary were next to threaten through Willie Orbán, the central defender's bullet header from Szoboszlai's right-wing free-kick somehow tipped over the bar by Cakir.

The opening goal wasn't far away though and when it came it was something truly special, Salzburg midfielder Szoboszlai living up to his reputation as a dead-ball specialist by thrashing a near 30-metre free-kick past a static Cakir and in off the far right post with ten minutes left of the match.

That proved to be the final significant action of the game as Hungary got off to an impressive winning start in their Nations League group.

Their next match is at home in the Puskás Aréna against Russia, who defeated Serbia 2-1 in the other group match tonight, at 18:00 on Sunday.