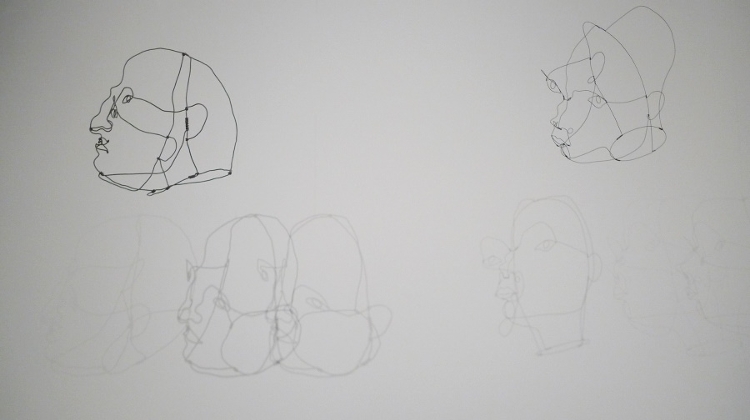 Seen until 12 July. The Capa Center Budapest is pleased to announce the gradual reopening of its doors with Zsuzsanna Kemenesi's 'Welcome' Exhibition.

The images of Zsuzsanna Kemenesi’s exhibition Welcome fit neatly into the line of her work. Six years have passed since her last solo exhibition, and the photographs showcased here are the fruit of this period, the lyrical imprints of a reality captured in black and white.

As the motto of her exhibition, the author chose a piece from English folklore, which shows the principle of the butterfly effect in an actual causal system, alluding to the possible – although not necessarily cognizable – consequences hidden in the tiny fragments of reality captured in the images.

The spaces depicted in the images are scenes of the author’s everyday life, but they are mostly related to her professional activity.

They show institutional spaces, homes to objects of the past, documents, as well as the arts. Thus, they are not so much presented in their physical form, but as symbolical spaces, extending the possible meanings.

Still, we know that she is exactly the person who can understand the possible and actual effect of these “trifles,” and their apparent insignificance. Because the moment she notices and emphasizes these things among the myriad elements of reality, they gain significance and importance.

The interplay of the compositions and lights-artworks-objects-surfaces she finds could all be improperly fastened horseshoe-nails, in spite of all the harmony and beauty.

Tickets:
The exhibition can be visited free of charge