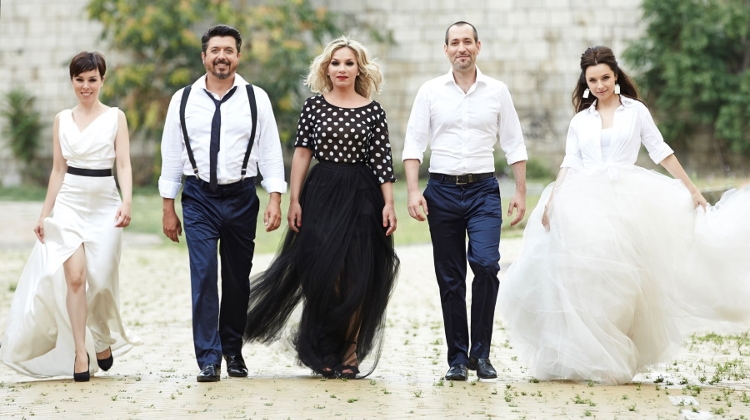 In 2020, the Cotton Club Singers, one of Hungary's most popular vocal ensembles, will perform a large-scale concert to mark the 25th anniversary of their formation.

For the first fifteen years of their active career, the band helped crowds of followers fall in love with vocal music and introduced some major performers to the Hungarian music scene.

After breaking up in 2009, they returned in 2015 to play a 20-year anniversary show and have performed sporadically in concert ever since. This show will showcase the high points from their entire 25-year career.

Adrienn Zsédenyi, Orsi Kozma, Gabi Szűcs, who now performs in the Stereo Swing group, Gábor Fehér, who still leads the Singer Street ensemble, and Boldizsár László, one of the leading singers at the Hungarian State Opera's and one of Hungary's most recognisable tenors, will all be present for the Cotton Club Singers' 25th anniversary concert.

The vocal ensemble, founded in 1995, popularised the genre in clubs before moving on to larger stages, major festivals and popular TV shows.

They have enjoyed several hit records, while their performances are attended by the kind of following more typical of pop stars and almost unheard of in the vocal jazz scene. After going through several different line-ups, the Cotton Club broke up in 2009.

However, since 2015 they have returned to the stage to perform one or two special concerts a year. There can be fewer better occasions for celebration than when a group reaches 25 years of age.

Celebrating alongside them will be their wind and rhythm section, the Cotton Club Band, who have accompanied them throughout their career, and the Mendelssohn Chamber Orchestra, while the two of their most successful shows will be the focus of the evening: Sinatra and Abba Jazz. Of course, their songs Négy gengszter, Ó Budapest and Hofimánia will also feature!

From the proceeds of the concert, Cotton Club Singers will support Etesssy Anette, whose recovery can be facilitated by a special treatment that costs several million forints a year.