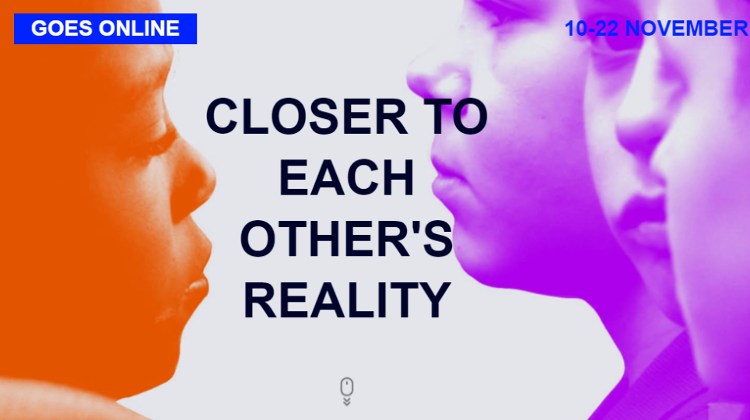 2020 will be remembered as a year of global distress and profound transformations, but it has also been a year of experiments and new practices. Recognizing the risk the pandemic poses to audiences, this year’s Verzió festival will take place fully online.

While we long to return to cinema halls to watch and discuss films together, in real space, we are also striving to make the most of these new online opportunities by encouraging conversations in both synchronous and asynchronous ways, with the help of new platforms and technologies.

What happens to our viewing habits as our time is increasingly spent online? How can we create a shared experience, a sense of community, a feeling of belonging?

Will viewers be motivated to watch complex visual works rather than easily digestible infotainment? Will they ask questions and find time to debate global issues while struggling with increasing existential pressures and insecurities?

Can the festival create an audience out of individual, atomized viewers?

This festival edition will be an experiment and learning experience for us all, but we trust that human curiosity and compassion is unstoppable, and that the desire to learn about the world cannot be restricted by physical limitations.

We already know that, despite these risks and health hazards, documentary filmmakers have plunged into the world and remained on the frontlines, collecting testimonies on the changes and challenges we as humankind find ourselves immersed in.

This year Verzió 17 has been extended to 12 days, and offers 50 powerful films for streaming.

The film selection has been more concise and yet the films, from 39 countries, are increasingly diverse and will be followed by a variety of supplementary programs.

The films will be available throughout Hungary, and in certain cases, to the whole world.

The program includes an international competition, debut/student competition and, for the first time, a Hungarian documentary competition as well.

In addition, the audience can select films from three thematic blocks dedicated to: the more worrying transformations of the environment (Anthropocene), the use and misuse of legal systems (In the Name of Justice), and the practice of working with still imagery and found footage in reflexive documentaries (Archive of the Planet).

Supplemented by masterclasses, panel discussions, and extended conversations with the filmmakers, this year’s program will not compromise or surrender to the restrictions of physical space.

Yet, organisers are not oblivious to the fact that the world has profoundly changed, and our opening film, 76 days, is a testimony to those first months of the pandemic in Wuhan.

Despite all the barriers, we continue to look for ways to stay connected, informed and active.

In support of the courage and resilience of the students and faculty of the Theater and Film Academy in Budapest who are unwilling to give up academic freedom and their right to participate in decision-making which affects their lives, we are launching the festival with an SzFE student-run performance.

Any form of art requires freedom to grow, flourish and expand the limits of human existence.

Physical distancing notwithstanding, bring yourself closer to others’ reality with the power of documentary and the dedication of documentary filmmakers.