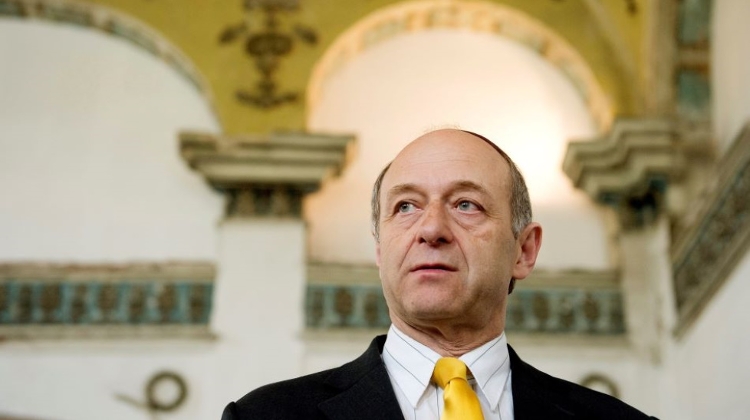 Iván Fischer celebrated his 70th birthday on January 20. To mark this happy occasion, the Budapest Festival Orchestra co-founded by him has produced a special concert compilation together with the Concertgebouworkest in Amsterdam and the Konzerthausorchester Berlin, to be aired online.

World-famous conductor Iván Fischer will turn 70 on January 20. In addition to holding the post of music director of the Budapest Festival Orchestra co-founded by him in 1983, he is also honorary guest conductor of the Concertgebouworkest in Amsterdam and honorary conductor of the Konzerthausorchester Berlin.

The three prestigious orchestras will be celebrating the maestro’s birthday together, broadcasting a joint production compiled from works composed, conducted or directed by him or some of his most memorable concerts on their websites on the special date at 8:30 p.m.

The roughly 90-minute concert film available for free viewing also features excerpts from Beethoven’s Symphony No. 8 or Mahler’s Symphony No. 1, and staged concert versions of the operas The Marriage of Figaro and Falstaff, interspersed with greetings from some of his well-known fans and friends.

The Hungarian Iván Fischer is one of the world’s most visionary and successful orchestra conductors.

He studied piano, violin, cello and composition in Budapest. He went on to Vienna where he studied orchestral conducting with Hans Swarowsky. Subsequently he was Nikolaus Harnoncourt’s assistant for two seasons.

In 1983, with pianist Zoltán Kocsis he founded the Budapest Festival Orchestra that has been listed among the best ten orchestras of the world. With BFO Fischer has introduced many innovations, such as the ‘Cocoa Concerts’ for young children, the ‘Midnight Music’ concerts for young audiences, audience choice concerts and several education and outreach projects including a tour of former synagogues.

Besides his positions in Amsterdam, Berlin and Budapest, in the past Iván Fischer was Music Director at Kent Opera, Opéra National de Lyon and Principal Conductor of the National Symphony Orchestra in Washington. He is active as a composer and as opera director for his Iván Fischer Opera Company. He is also the founder of several festivals, including the Vicenza Opera Festival.

Fischer’s critically acclaimed CD recordings for Channel Classics received many prizes, while he has received the prestigious Hungarian Kossuth Prize, the Ovation Prize, and the World Economic Forum’s Crystal Award for his support of international cultural exchange.

He was named Chevalier des Arts et des Lettres and made an honorary member of the Royal Academy of Music in London. Iván Fischer is a well-known advocate of human rights, democracy and tolerance.