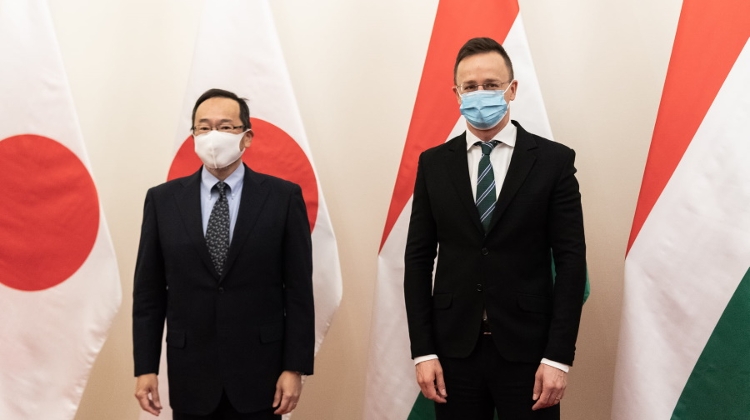 He thanked Japan for giving Hungary the opportunity to buy 2 million favipiravir pills to help the recovery of coronavirus patients. “Hungary has a vested interest in open and free global trade and we support the signing of an EU-Japan investment protection agreement,” he said.

He added that Hungary “observed with admiration” a free-trade agreement signed by China, Japan and Korea which he said created the largest free trade zone in the world.

Szijjártó said it was an important development that Hungarian pork products could return to Japanese markets after a ban due to African swine fever had been lifted for specific regions.

He also said that Hungary was looking forward to the Tokyo Olympics, and noted that agreements had been signed with five Japanese cities to provide opportunities for the preparation of Hungarian athletes.