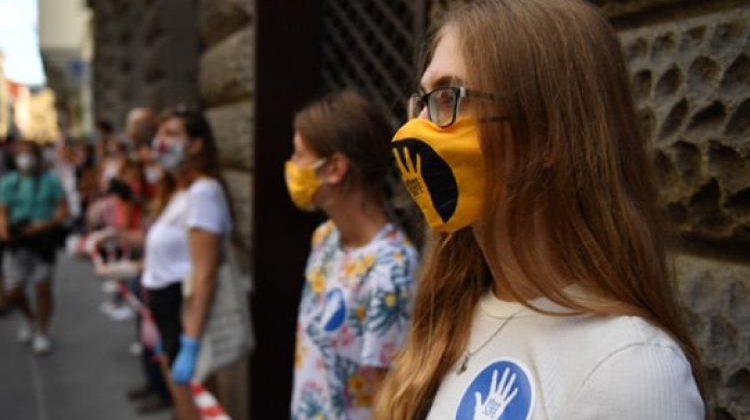 A woman was cut in the face Thursday morning on a bus, in all probability because she was wearing a FreeSZFE face mask as a sign of solidarity with students and instructors who have protested against the transfer of control of the theatre and film arts university SZFE to a foundation.

Telex asked Budapest Police about the assault and received the following answer:

“Following verbal sparring a man – presumably with a knife – injured the face of a woman on bus No. 151 stationed at Szent Imre tér in the 21st District of Budapest at 7.40 a.m. on February 25, 2021. The passenger was hospitalised by paramedics and, based on initial information, she sustained light injuries. The assumed perpetrator fled the scene.”

Police caught the suspect within a few hours.

Mayor Gergely Karácsony described the attack as “a cowardly and despicable act”, adding “No difference of opinion can serve as a motive for violence.”

He said the assailant apparently wanted to cut the mask off the woman’s face.