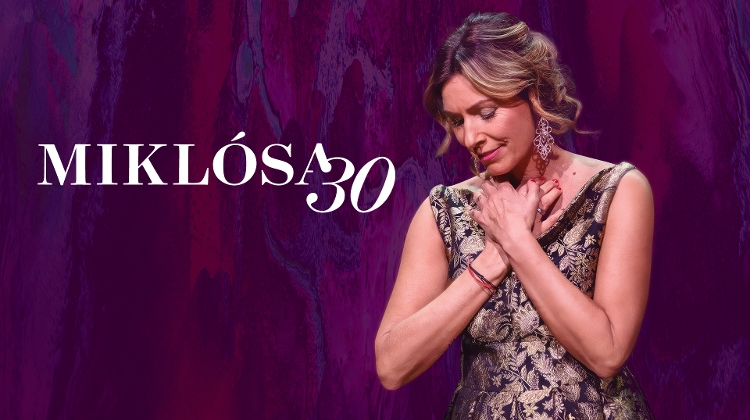 Internationally renowned Erika Miklósa makes a selection of her iconic roles from operas including Die Zauberflöte, Rigoletto, Lucia di Lammermoor and Don Pasquale at the gala concert to celebrate her 30th jubilee at the Hungarian State Opera.

Erika Miklósa made her debut at the Erkel Theatre in the role of Papagena in Die Zauberflöte in January 1991 at the tender age of 19, making her the youngest member in the history of the Opera. It was also Mozart’s masterpiece in which the Queen of the Night became her most iconic role that she first sang in Mannheim in 1992 and subsequently earned her worldwide recognition.

The coloratura soprano has appeared in a wide range of other memorable productions like Konstanze (Die Entführung aus dem Serail), Gilda (Rigoletto), Norina (Don Pasquale), Frasquita (Carmen) and Adele (Die Fledermaus), and she has also sung the title roles of Lakmé and Lucia di Lammermoor.

Following restriction measures due to the pandemic, the pieces are accompanied on the piano by Sámuel Csaba Tóth. The gala directed by András Aczél is conducted by Gergely Kesselyák and hosted by general director Szilveszter Ókovács.