Opinion: Hungarian PM Candidates Shape Up For The 2022 Race 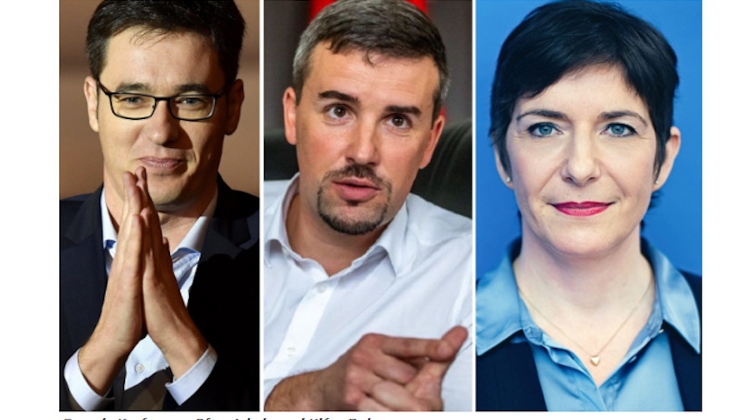 Recent government media coverage dealing with the opposition exhibits distinct signs of nervousness about the formation of a unified opposition and a far too close race in the next national election amid ever-growing concerns over the seemingly unstoppable COVID-19 pandemic.

The number of attacks on opposition politicians has grown considerably recently, and the manner in which they are being expressed is particularly vicious, even by their own standards.

Fidesz politicians may make fun of the primaries being planned for the fall that will determine who will lead the opposition’s campaign, but the vilification of the frontrunners indicates that they are in fact preoccupied with the forthcoming primary elections and are praying that the least damaging opposition candidate from their perspective comes out on top.

Medián determined that the most popular candidate was Gergely Karácsony, mayor of Budapest. However, three other candidates — Péter Jakab of Jobbik, Klára Dobrev of DK, and Péter Márki-Zay of Mindenki Magyarországa Mozgalom — were not far behind.

IDEA Intézet’s poll was published about two weeks after that of Medián, which also showed a close race — Klára Dobrev (28%), Péter Jakab (27%), and Gergely Karácsony (22%), followed by Péter Márki-Zay (9%) and András Fekete-Győr (7%).

The third poll, which was conducted by Závecz Research, came on 22 March.

It placed Péter Jakab at the head of the list with 30% and Klára Dobrev second with 28%, followed by Gergely Karácsony and András Fekete-Győr with 16% each. Péter Márki-Zay lagged, with only 5%.

Magyar Nemzet normally doesn’t waste much time on opinion polls. For example, it completely ignored Medián’s finding that Gergely Karácsony was leading the opposition pack. Naturally, the government papers cover Karácsony, sometimes publishing multiple articles on him in a single day, but I have the impression that their main target is Klára Dobrev.

Magyar Nemzet reacted to the opinion polls only after IDEA Intézet had Dobrev as the possible winner of the primaries. The article’s title is “Megjött a parancs: Jakab is megy a levesbe,” indicating that Péter Jakab is doomed because of the pressure exerted on potential opposition voters not just to vote for Dobrev but also to dump Jakab.

According to the author of the article, IDEA’s low polling number for Márki-Zay is due to his boastful bragging about his own aptitude for the job, which again was punished by the Gyurcsány-Dobrev duo. As far as Jakab is concerned, he is not a factor “because he is so far behind already.” So, it is “Gyurcsány who holds all the rainbow-colored cards.”

Today, interest in the primaries rose considerably. Until now, only Jakab, Márki-Zay, and Fekete-Győr were official candidates, but today Gergely Karácsony announced that, after all, he will be one of the candidates in the forthcoming primary election.

Ripost greeted his announcement scornfully, writing that “the Gyurcsány government, which will be the savior of the nation, already has five prime ministers.” Actually, Dobrev’s candidacy has yet to be announced, but the governing party’s media is already worried about her.

Magyar Nemzet covered Karácsony’s candidacy in an article titled “Karácsony enters the race; even DK people would dissuade her from participating.” The information about the alleged dissatisfaction with Dobrev’s plans comes from “an influential MSZP politician” who is certain that, in a Karácsony-Dobrev duel, it would be the MSZP-Párbeszéd candidate Karácsony who would win, which would be embarrassing for DK.

The rest of the article, about the “upheaval created in DK circles following Karácsony’s announcement of his candidacy,” is most likely mere fantasy.

László Szentesi Zöldi, a far-right journalist who for years was one of the members of the notorious Sajtóklub of Hír TV, is absolutely certain that the “common candidate will be Gergely Karácsony” because he is the only well-known politician on the left and because “Jakab, Dobrev, Márki-Zay are not only divisive figures, but they are not acceptable to all parts of the camp.”

Also today, Balázs Böcskei, a political scientist and head of IDEA Intézet, published an article in Azonnali titled “Jakab is a born politician, Dobrev is a crisis manager.” In it, Böcskei releases some information gained from IDEA’s earlier poll, which I found revealing.

I should note that the poll’s questions were addressed to anyone who said that they would take part in the primaries, and therefore they might include Fidesz voters as well.

The pollsters asked which of three leading candidates is best described as a born politician: Gergely Karácsony, Klára Dobrev, or Péter Jakab.

Karácsony did poorly. He received only 16% of the votes.

Klára Dobrev came in second with 31%, and the clear winner was Jakab with 40%.

Jakab’s performance since last August has been remarkable.

At that time, Jobbik was in ruins, with almost no prospects. As Böcskei says, since then it has become apparent that Jobbik equals Jakab, the son of the people with great appeal.

The second question was to grade the same three politicians in terms of crisis management. Here Klára Dobrev was the winner with 36%, followed by Jakab with 26% and Karácsony with 24%. The reasons for this result might be Dobrev’s business experience, her government background in the financial sector, and her position as one of the deputy presidents in the European Union.

Voting will begin only after August, and it is far too early to predict anything. Certainly, Karácsony has the advantage of having been victorious twice, first for the post of mayor of Zugló and four years later as mayor of Budapest. My only question is whether his genteel appearance and style will appeal to the ever-angrier opposition voters.