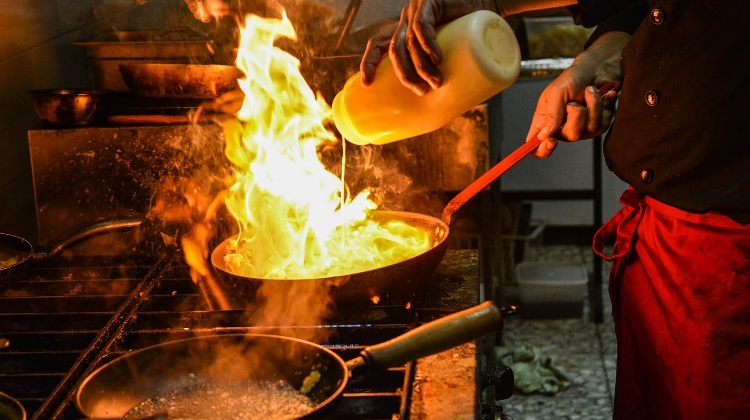 A woman from Pakistan tricked several of her compatriots to come to Hungary and work in her restaurant. In return, she promised them an average salary, accommodation, and livelihood, but these promises turned out to be fake.

The 21st District Police Headquarters of the Budapesti Metropolitan Police (BRFK) became aware of the case in connection with another ongoing investigation. They immediately started an investigation to help the tricked employees who were earning under the official minimum wage.

According to police.hu the Csepel Police Headquarters in the 21st district got information during another investigation about several chefs who had to work and live in appalling living conditions. With the new information, an investigation was launched to find out what the truth was and to catch the restaurant owner who caused the misery of the chefs.

After a lengthy and thorough investigation, the police finally caught the Pakistani restaurant owner on the 16th of June 2020. The case is still not closed; so far, the 21st District Police Headquarters of the BRFK has carried out the necessary investigation of the criminal offence of human trafficking and has submitted the documents to the competent prosecutor’s office, reports police.hu.

The Pakistani woman tricked her compatriots to come to Hungary first.

She promised to provide them with work, as well as housing, and even pay the chefs’ travel expenses to Hungary. Two Pakistani chefs responded to the request, and they arrived in Budapest a few months apart from each other in 2019.

The woman gave them housing in the basement of her house in Csepel, Budapest. Upon their arrival, she took all their official documents. The chefs had to work a minimum of 14 hours a day, in some cases up to 18 hours. Only a fraction of the previously agreed upon salary was paid by the restaurant owner. The Pakistani chefs tried to escape and seek help, but the woman threatened them.

The restaurant owner said that if they asked for help or turned to the authorities, she would accuse the two men of theft, which would send the two employees to jail. She also threatened to destroy their documents or revoke their visas.

Moreover, she even threatened the families of the men, who stayed in Pakistan.

Police compiled more than 1,000 pages of investigative material on the case. The case includes the poor work and living conditions in addition to the ridiculously low salary that is only a fraction of the agreed salary.