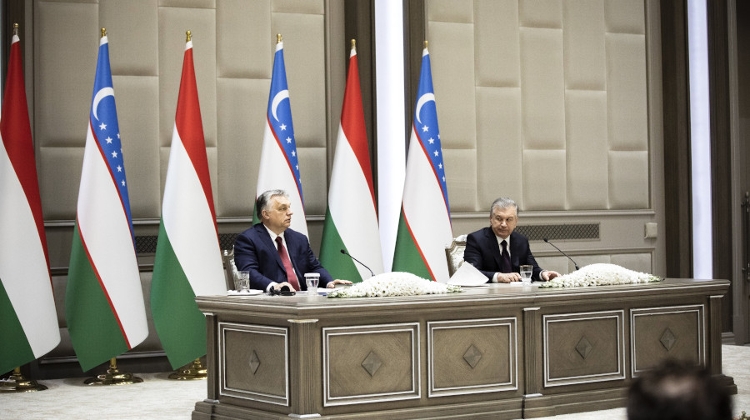 “We want to get ahead of others, overtaking in the bend,” he said in a video posted on Facebook. The prime minister noted that he was travelling to the Uzbek capital Tashkent for talks “to expand the business opportunities of Hungarian companies”.

“In the first phase of our economic policy, we invited foreign investors to Hungary to bring modern technology and create jobs,” Orbán said in the video.

“In the second phase we strengthened small and medium-sized enterprises so they could sell their products produced in Hungary abroad in the form of exports,” he added.

“We have reached the third phase when the most capable Hungarian corporations can establish companies abroad, make investments and the profits generated there will be brought home to Hungary.

This way, we will restore the financial balance of the Hungarian economy,” Orbán said.

He said he was travelling to Uzbekistan for talks, and “big successful Hungarian companies like OTP and medium-sized companies are also coming with us”.