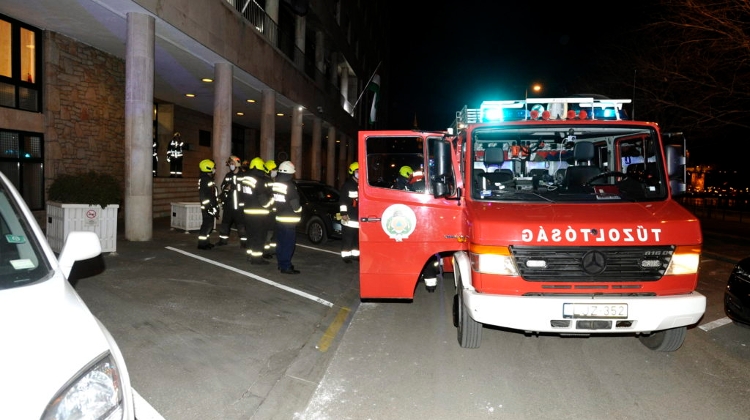 A smoke grenade went off in the hands of a Jobbik advisor in the MPs’ office building on Wednesday evening in a room used by the Jobbik caucus, Parliament’s press chief Zoltán Szilágyi announced.

Jobbik said in a statement that a smoke grenade went off in the hands of an “innocent” colleague, which he found while making an inventory.

Nobody was injured, but the smoke was so thick as to activate the fire alarm and fire protection system, causing an estimated Ft 1 million worth of damage in the server room of the building.

It is unclear how and when the smoke grenade was taken into the building. Police launched an investigation into possible vandalism.

Magyar Nemzet writes that possession of a smoke grenade is a misdemeanour in itself.

Ed: This is a smokey reminder of Jobbik's far-right extremist roots, since it's been reported that this 'smoke bomb' was very likely smuggled into the MP’s office building a few years earlier.

It's worth noting that there are ongoing legal proceedings against András Fekete-Győr, president of Momentum, for throwing a smoke granade at a policeman: