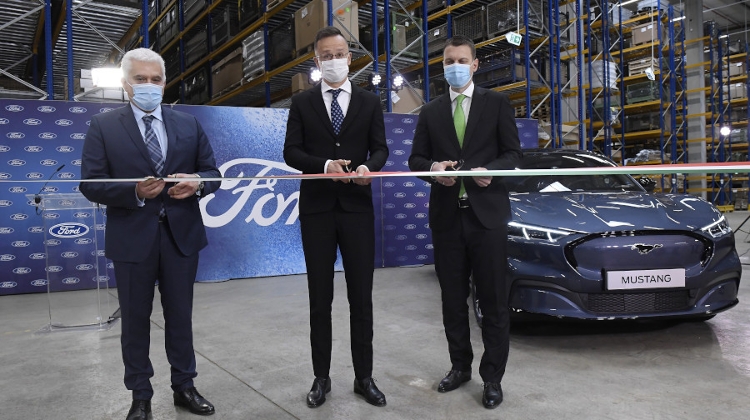 Car manufacturers are continuing to bring engineering, development and service facilities to Hungary, Péter Szijjártó, the minister of foreign affairs and trade, said at the inauguration of carmaker Ford’s logistics centre in Biatorbágy, near Budapest.

The centre will serve 15 countries in central and eastern Europe, Szijjártó noted. The 10,000sqm warehouse centre was built with a 3 billion forint (EUR 8.4m) investment, he said.

Szijjártó said the number of jobholders now was nearly at the same level as before the coronavirus outbreak, and the economy benefitted from a new record FDI in 2020, while Hungarian exports exceeded 100 billion euros.

The minister noted that car-making was the backbone of the national economy, accounting for 30% of its total production.

While the country had been seen as a production centre initially, “more and more engineering, development, and service functions have been set up,” he added.

Ford itself currently employs 624 young engineers and economists in Hungary, he said. Concerning US companies in Hungary, Szijjártó noted that 1,700 American businesses employ over 100,000 people in the country, adding that the start of 2021 had seen an 8% increase in bilateral trade with the US.

Ford Europe regional director Yiannis Tavanidis said his company had an increasing network of suppliers in Hungary, with over 40 companies and 69,000 workers producing parts for Ford plants.