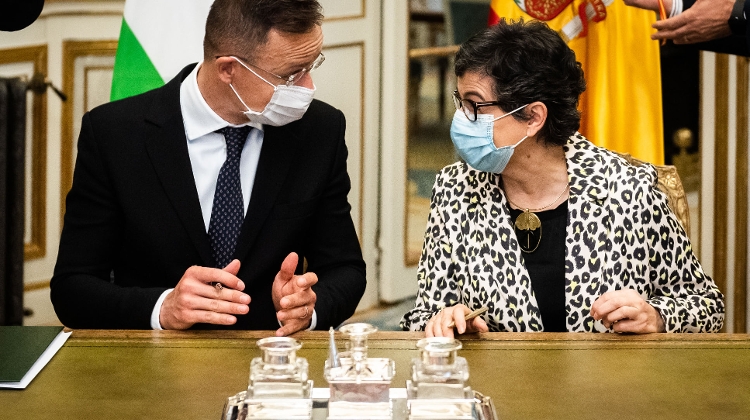 Hungary and Spain agree on the need to protect the European Union's external borders and to provide help to communities in need in their homeland, Foreign Minister Péter Szijjártó said after meeting his Spanish counterpart in Madrid.

“We mustn’t forget about the long-term security threats that will come down on us if we don’t address them properly,” he said. “Illegal migration is one of these.”

Szijjártó underscored the need to eliminate human smuggling “as a business model before it’s too late”. He said Hungary’s position on the issue of migration was clear.

“We insist on our right to decide whom we let into Hungary and whom we don’t … which is exactly why we don’t accept any form of mandatory resettlement quotas or Brussels deciding whom we have to take in,” he said, adding that only legal immigrants are allowed to enter Europe.

He said Hungary was also counting on its cooperation with Spain during its six-month presidency of the Committee of Ministers of the Council of Europe.