On this Day in 1974: The “Magic Cube” was Invented by Ernő Rubik 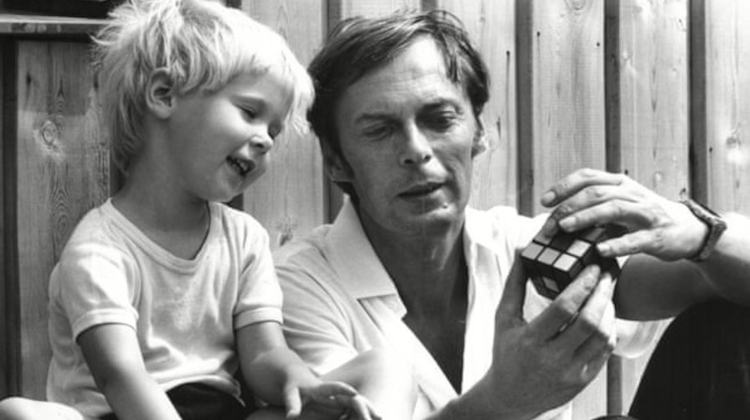 On May 19, 1974, Hungarian professor Ernő Rubik designed his first “Magic Cube” as a way to help his students understand three-dimensional problems. With more than 450 million sold to date, “Rubik’s Cube” has since become the bestselling toy of all time.

In the mid-1970s, 29-year-old Ernő Rubik was teaching design at the Academy of Applied Arts in Budapest, in Cold War-era Hungary.

In an attempt to help students grapple with three-dimensional problems, he set about trying to create a structure that would permit individual blocks to move independently of one another without the whole thing falling apart.

Ernő Rubik and his Magic Cube

Experimenting in his mother’s flat, using wood, rubber bands and paper clips to make a prototype, Ernő Rubik eventually came up with a six-sided structure with nine interlocking cubes on each side, each painted a different colour. But after he had twisted it, he realised that he could not easily return it to its original state. Ernő Rubik’s Cube was born.

It took Ernő Rubik weeks to solve the puzzle he had accidentally invented, but once he’d cracked it, he knew it could sell and the following year, he applied for a patent for his “Magic Cube” (Bűvös kocka in Hungarian), which was granted later that year. But it still took three years to get it to market, and in late 1977, the first test batches of the Magic Cube were produced and released in Budapest toy shops.

The Magic Cube quickly became very popular across communist Hungary, where imports and exports were tightly controlled, and Ernő Rubik was soon approached by a salesman called Tibor Laczi, who told him he could get his invention distributed on the other side of the iron curtain by taking it to international toy fairs, including London, Paris and New York.

In September 1979, the puzzle was spotted at the Nuremberg toy fair by toy specialist Tom Kremer, who could immediately see the power and potential of Rubik ‘s Cube and wanted to sell it worldwide. Tom Kremer signed a global distribution license and in 1980, his passion and belief convinced the Ideal Toy Company to distribute the Magic Cube, renamed the Rubik’s Cube.

After winning the 1980 Spiel des Jahres special award for Best Puzzle, sales of the Rubik’s Cubes initially started off as modest and began to grow once the Ideal Toy Company launched a television advertising campaign. By 1981, the Rubik’s Cube had become a global craze, hitting millions of sales. It is estimated that between 1980 and 1983, around 200 million Rubik’s Cubes were sold worldwide.

Numerous books were published on how to solve the Rubik’s Cube, including You Can Do the Cube (1981), by 12-year-old Patrick Bossert, which went on to sell more than 1.5 million copies.

At one stage in 1981, three of the top ten best selling books in the US were books on solving Rubik’s Cube, including the best-selling book of 1981, James G. Nourse’s The Simple Solution to Rubik’s Cube, which sold over 6 million copies.

In 1981, the Museum of Modern Art in New York exhibited a Rubik’s Cube as part of its permanent collection, and in June 1982, the First Rubik’s Cube World Championship took place in Budapest, won by Minh Thai who solved the puzzle in 22.95 seconds.

It would become the only official Rubik’s Cube competition recognized until the championship was revived in 2003, with the World Rubik’s Games Championship and the formation of the World Cube Association in 2004.

In fact, while Rubik’s Cubes continued to be marketed and sold throughout the 1980s and 1990s, it was not until the early 2000s that interest in the Cube began increasing again, in part due to the advent of Internet video sites, such as YouTube, which allowed fans to share their strategies. In the US, sales doubled between 2001 and 2003, and The Boston Globe remarked that it was “becoming cool to own a Cube again”.

With more than 450 million Rubik’s Cubes sold to date, it is the bestselling toy of all time. The world record now stands at an astonishing 5.25 seconds.

How fast can you Cube?