On this Day, in 1920: the Treaty of Trianon Sanctioned the Dismemberment of Hungary 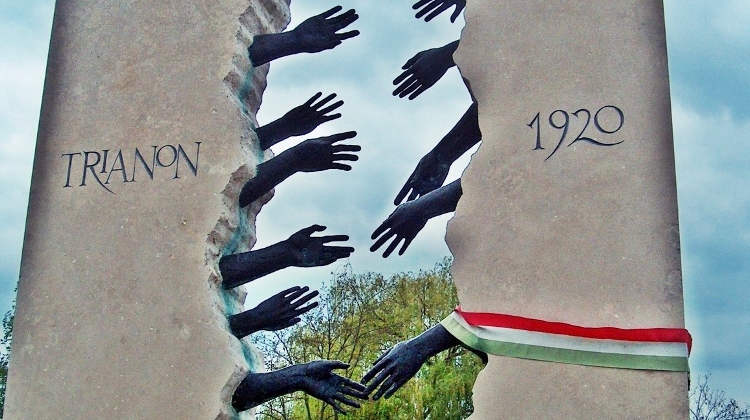 On 4 June 1920, in the aftermath of World War I, the Allied Powers and Hungary signed the Treaty of Trianon, which resulted in Hungary losing two-thirds of its territory. The treaty is one of the most important events in the country’s modern history.

Before the end of the First World War, Hungary was part of the multiethnic Austro-Hungarian Empire. But the war accelerated the rise of nationalism, amplified secessionist voices, and the idea of nation states became increasingly dominant throughout Central Europe.

Being on the losing side of the War, Hungary was never going to come out well of the negotiations at the Paris Peace Conference, which set the terms for the defeated Central Powers. But while trying to come up with new borders that broadly reflected ethnic lines, the Allies were also set on punishing the losing side.

During the negotiations, the two opposing sides used different maps to prove their points, but despite an impressive speech by Albert Apponyi, the Hungarian representatives were unable to limit the damage when the new borders were confirmed, more or less along the ceasefire lines established in November and December 1918.

Signed in the Grand Trianon Palace in Versailles, the Teaty of Trianon meant that Hungary lost two-thirds of its former territory, leaving the country as a landlocked state.

Though the areas were largely populated by non-Hungarians, 3.3 million Hungarians also found themselves in a different country.

Losing plenty of resources along with the territories, Hungary also suffered a major economic setback and the Treaty became widely considered to be a major catastrophe by the Hungarian public.

Pieter Judson, in his recent book, The Habsburg Empire, argued that the greatest tragedy of the new borders after the collapse of Austria-Hungary was that they were based on a lie; they were sold as nation states, but they were no such things.

Plenty of Hungarians lived in Czechoslovakia or Romania, and even in tiny Hungary, a significant Jewish population remained.

In order to make the appearance of a full ethnostate, most countries began oppressing their minorities with discriminative laws, and as a result, only a tiny fraction of these minorities remain in these countries today.

During the 25 years that followed the Treaty of Trianon, the Hungarian regime spearheaded by admiral Miklós Horthy set out the revision of the border which resulted in Hungary joining the losing side in World War II.

But after the Second World War, the country even lost three more villages to Czechoslovakia.

Under communist rule, the Treaty of Trianon became a taboo topic and as a result, healing from the trauma could not meaningfully commence.

After the fall of the Soviet regime, far-right parties gained a monopoly over the topic which also hindered the development of a dominant, national remembrance narrative of the treaty.

But this might be starting to change. Last year, to commemorate the 100th anniversary of the treaty, Budapest mayor Gergely Karácsony ordered the Budapest metro line to stand still for a minute, while independent left-wing newspapers also covered the topic and its history extensively.

Ábel Bede was born in Budapest and has two degrees in History from Durham University. He specialised in Central Europan history and has been contributing to Kafkadesk since 2019. Feel free to check out more of his articles right here!