Watch: Steve Jobs Statue In Budapest To Get A New Companion - Satoshi Nakamoto 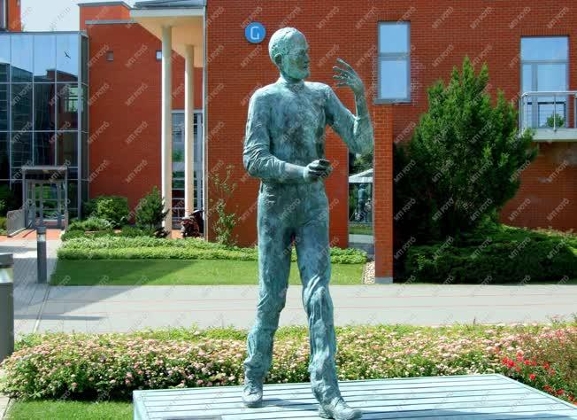 A monument for the creator of Bitcoin, the mysterious Satoshi Nakamoto, is set to pop up in Budapest as a part of a local initiative by the local crypto community to raise awareness about the importance of blockchain technology, reports cryptonews.com

The Satoshi monument is still in the making, but is expected to be finished within the next three weeks. It will be exhibited in Graphisoft Park, Budapest, next to the statue of Steve Jobs, the co-founder of Apple.

“The Blockchain Hungary Association considered it important to support the creation of the sculpture because the technology described in the Bitcoin Whitepaper will bring a paradigm shift in our daily lives: it allows the digitization of values and their free flow.

Even central banks today are thinking about issuing digital money, thanks to the visibility and technological background of bitcoin” - see the video below for more.