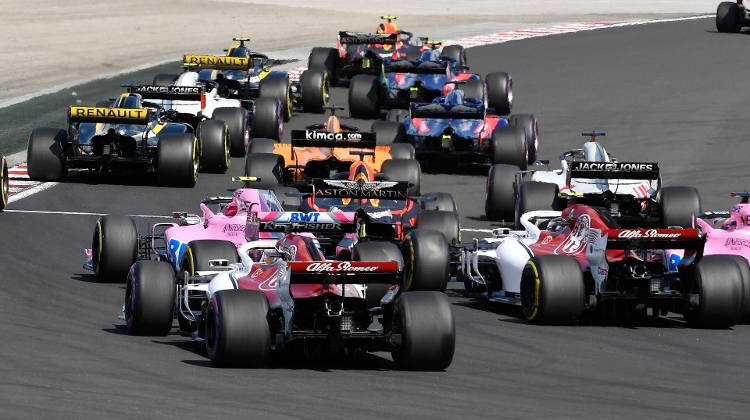 The final F1 race before the summer break is at the classic Hungaroring circuit for round 11 of the international championship. It's a pivotal event after the recent drama between Verstappen and British star Hamilton at Silverstone, as the lead for the Dutchman is down to 8 points.

The Hungaroring race track was built almost three decades ago as a rarity, the first one beyond the Iron Curtain, and now it is still special as the second behind Monza to have continuously featured in the race calendar.

Unfortunately, the 'Thursday Pit Lane Walk' won't be held this year. Due to the pandemic situation organiers would like to avoid the crowded mass that can be impossible during the Pit Lane Walk.

Entering the track after the race will neither be possible, unlike in the previous years, spectators can join the podium celebration only from the stands.

In the race preview video below, we'll look at the track characteristics of the Hungaroring, the Grand Prix history, all the news heading into this racing weekend, plus 'performance predictions' and betting favorites

Wristbands certifying immunity against the coronavirus will be required to enter the area around Hungaroring from Friday until Sunday, when the racetrack hosts the Formula One Hungarian Grand Prix next weekend.

Fans who buy tickets at the track will get their Covid immunity wristband with their purchase, but race-goers who have already bought tickets must pick up their wristbands before arriving at Hungaroring, at the Akvárium Klub at Deák Ferenc Square, in the centre of the capital, or in the parking lot of the Auchan store in Fót, off the M3 motorway.

Closure of Airspace at Hungaroring

During the Formula 1 Hungarian Grand Prix, the use of any type of remote controlled flying device or the possession of such a device within the grounds of the Hungaroring racetrack without permission from Hungaroring Sport Zrt. is prohibited.

Disregard of this regulation will result in prosecution, and any device used in contravention of the above may be seized and permanently confiscated.

Details of the specific airspace affected by the above closure can be seen on the website www.legter.hu